Titans take turnovers to the house against Falcons in win 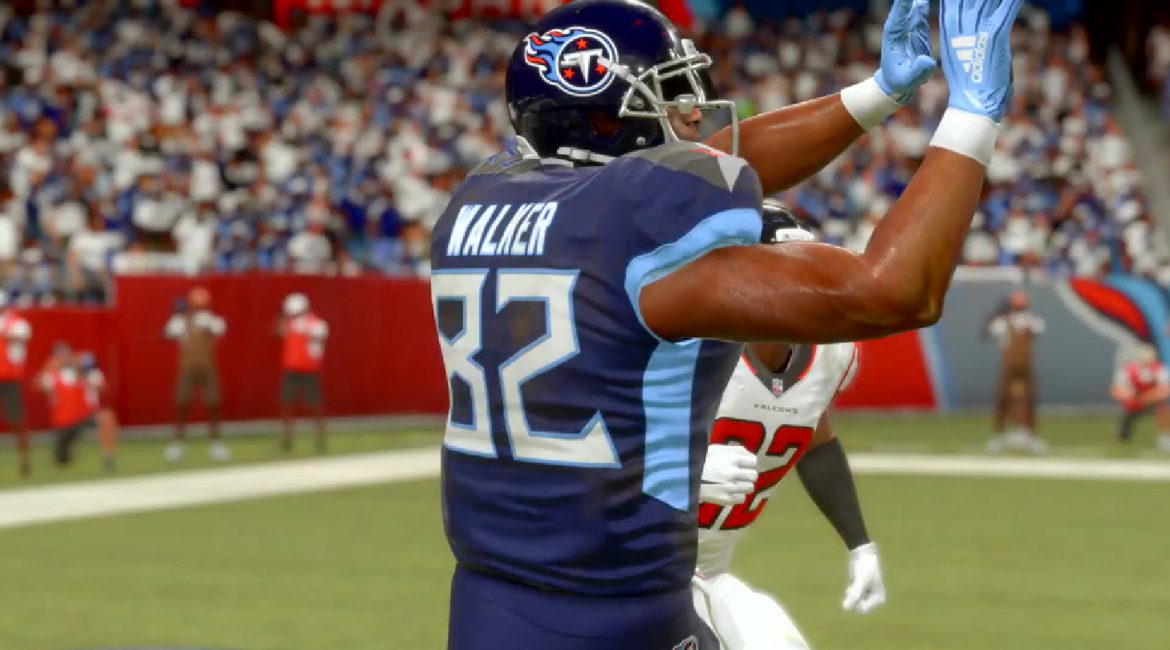 Nashville, TN — Tennessee Titans fans had barely settled into there seats in Nissan Stadium before Tennessee middle linebacker Wesley Woodyard scampered into the end zone off an errant throw from Atlanta Falcons QB Matt Ryan on the very first offensive play of the game. The pick six would be the first of two, the first of three interceptions, and the tone setter for a dominant defensive first half against Atlanta that would punch the Titans to 8-1-1 on the year.

The Titans defense would hold Atlanta’s vaunted passing attack to just five completions in the first two quarters of play for 60 yards, no touchdowns, and two interceptions. Adding onto the defensive secondary’s stinginess was four sacks on the day by the front seven of Tennessee, including a monster hit delivered by returning from injury big man Daquan Jones. In the post-game locker room Jones was asked about his first game returning and getting the sack: “I had to make sure they were aware I was back. He may be thinking about it in the ice tub right now for all we know.” said Jones. And while Atlanta would straighten out its veteran signal caller Matt Ryan in the second half to over 300 yards and two touchdowns, it was too little too late to make up a 24-0 halftime deficit as the home team Titans would win 38-20.

Offensively the Titans required little effort as the defense gave them short fields to work with and the two scores of there own, but it’s worth noting that Head Coach Nicholas Franklin did throw a new wrinkle into the play-calling. Derrick Henry, Tennessee’s workhouse power back currently sidelines with a dislocated elbow, received clearance from team doctors for contact this week. Many fans thought with the lack of depth at running back the “King” (as he’s known) would return this week. That proved not to be the case. Instead, wide receiver Taywan Taylor would share the backfield with free agent acquisition J.D. McKissic. The move to use Taylor out of the back field frustrated the Falcons defense in both the run and the pass. Taylor would go on to touch the ball 8 times, 4 on the ground and 4 in the air, totaling 81 yards and two touchdowns.

The Titans now go on the road for there second divisional match up with the Jacksonville Jaguars.

Notable stats from Titans vs. Falcons: