Titans outgun Jacksonville on the road 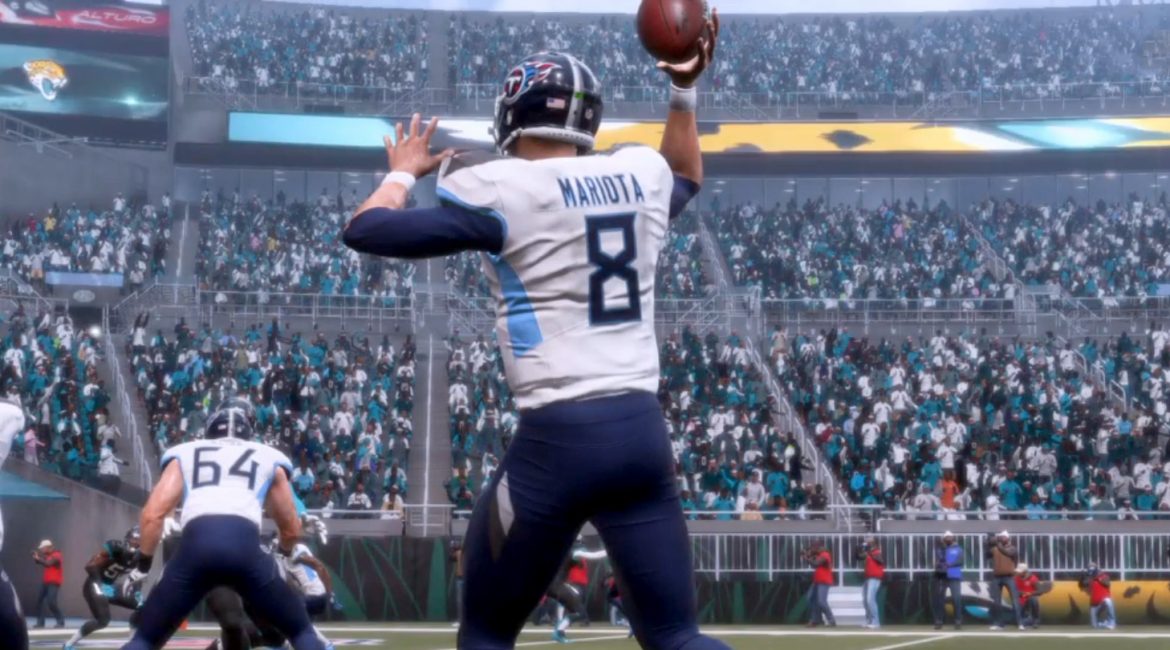 Jacksonville, FL – In what was as sloppy, rain-soaked day in northeastern Florida the Tennessee Titans took advantage of the Jacksonville Jaguars turnovers to pull out an impressive road victory on Sunday. An early lead for the Titans came off a Ryan Succop field goal, but poor defense on the following Jacksonville drive gave the Jaguars a first and goal from the one from a pass interference call in the end-zone which QB Blake Bortles converted with a dart to WR Donte Moncrief for six.

But the Titans would answer quickly with a 39 yard pass to WR Rishard Matthews. A few plays later HB Derrick Henry would punch it in and the Titans would not give the lead up for the remainder of the game. Matthews continued his success this year by catching a play action bomb from QB Marcus Mariota late in the 2nd half, breaking two tackles and getting in for the touchdown. The wet weather would haunt the kicking game as both teams would miss makeable field goals early, including a PAT for the Titans. But no one would be impacted more by the slippery conditions than Jaguar kick returner WR Rashad Greene Sr. who would cough the ball up on two kick returns.

The second half would start with the Titans staying hot as Henry cut through the defense for a 14 yard touchdown run, his second of the game. A completed two-point conversion to TE Delanie Walker would make it 24-7 Tennessee. After preventing Jacksonville from converting a 4th down on the ensuing drive, Mariota would hook up passes to Henry, FB Danny Vitale and WR Taywan Taylor lead to another 3 points off a Succop field goal. Following the second of Green Sr’s fumbles on the kickoff, Delanie Walker would get his 5th touchdown of the year and Tennessee would go into cruise control with the score 34-7.

Jacksonville would land some deep touchdowns in the closing moments of the 4th quarter to make the game appear more competitive than it was, including an 82 & 44 yard touchdowns to Dede Westbrook. Coach Nick Franklin said the blown coverage had no excuse, even when the win was well in-hand.

Stars of the game for the Titans would be awarded to Derrick Henry (138 all-purpose yards and 2 touchdowns), Rishard Matthews (3 catches for 130 yards and 1 touchdown), and Rashad Evans (6 tackles, 2 forced fumbles).

The Titans now are 3-0 and prepare for a visit from the Philadelphia Eagles who come off a throttling 34-7 loss to the Indianapolis Colts.