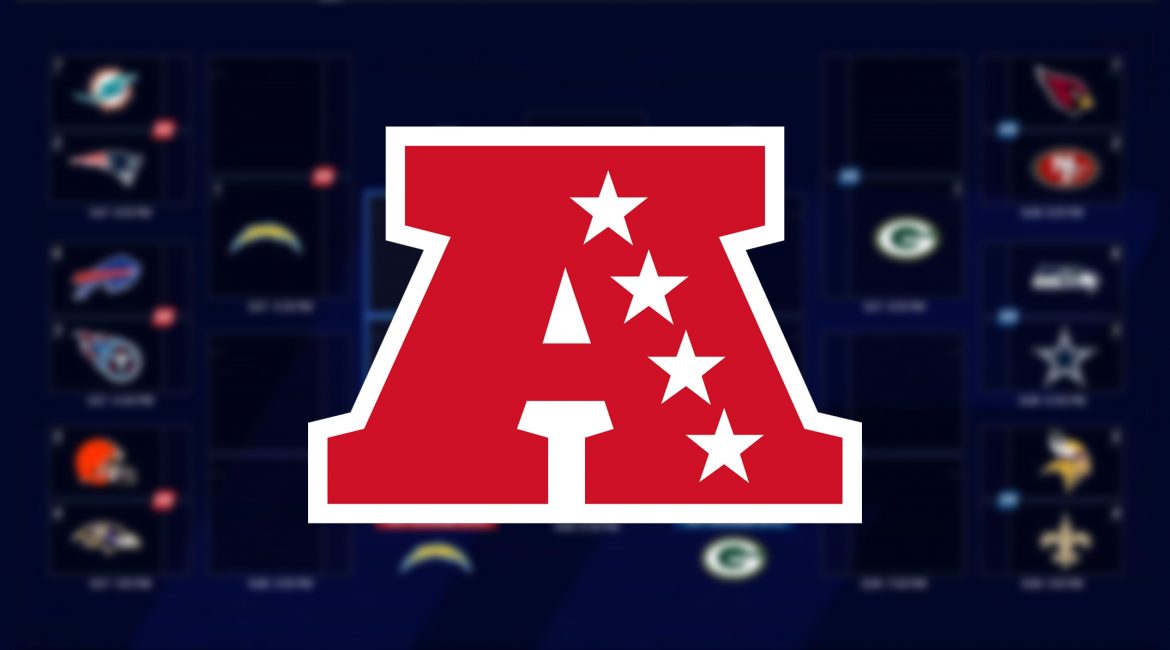 Salem, OR — Now that we have taken a look at the NFC Playoff match-ups, it’s time to look at the AFC match-ups.

The 1st seed and a first-round bye will go to the Los Angeles Chargers. The Chargers became the 3rd team in league history to go 16-0 and will now await the results of the Wild Card round.

The New England Patriots will be heading to the playoffs as the second seed thanks to an upset win by the Houston Texans, more on that in a bit. The Patriots will take on their AFC East rivals, Miami Dolphins. The Dolphins lost their final game of the season which dropped them to the 7th seed, but despite the loss, they finished the season strong by winning seven of their last nine games.

Next up, the 3rd seed will go to the Tennessee Titans. The Titans were looking unstoppable for most of the season as they won 12 games in a row. However, following the upset win by the Texans, the Titans have the longest losing streak heading into the playoffs as they have lost 5 in a row and are in danger of going one and done if they don’t fix that before their big Wild Card game. Speaking of which, the Titans will face the 6th seeded Buffalo Bills. The Bills landed in the 6th spot thanks to their win over the Dolphins in week 17. It should be an interesting match-up as the Titans defeated the Bills in week 5 when the Bills were still looking for their identity and the Titans looked unstoppable.

The final Wild Card match-up will be between the 5th seeded Cleveland Browns and the 4th seeded Baltimore Ravens. Both teams had a shot at home-field advantage in the Wild Card round, the Ravens needed a win and a loss by the Browns, while the Browns needed a win or a loss by the Ravens. Unfortunately for Browns fans, their team was unable to get the win in week 17 against the Pittsburgh Steelers, while the Ravens got the win against the Cincinnati Bengals.

So, that is it for the AFC match-ups for this season. Will the Dolphins pull off the upset against a new look Patriots? Will the Bills get payback for their loss earlier in the season against the Titans? Tune in this week to find out and don’t forget to let us know your thoughts in the comments section below.