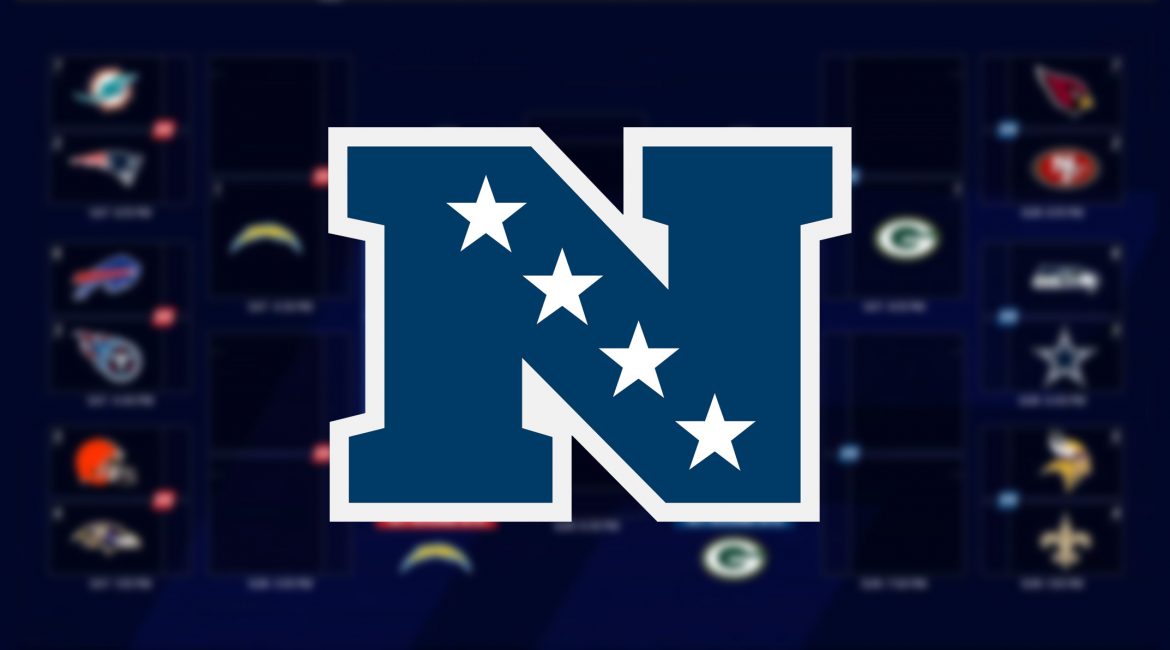 Salem, OR — That time of the year that everyone has been waiting for is finally here, the 2K Online Franchise Playoffs!

Going into week 17 the only team that knew where they stood, regardless of the outcome of any games was the Green Bay Packers. The Packers finished the season with an impressive record of 14-2, giving them a bye for the first round of the playoffs. Beyond them, all other match-ups were up in the air.

First, we had the 2nd seed up for grabs between the San Francisco 49ers and the Seattle Seahawks, the winner of this one would not only win the NFC West but secure 2nd place in the conference, and after all was set and done the 49ers defeated the Seahawks to become division champions for the second straight season. The win will match them up against the 7th seeded Arizona Cardinals, a team they have yet to beat this season.

Next up, we have the 3rd seed. The Dallas Cowboys secured the NFC East in week 16 but if they lost in week 17 they would drop down to the 4th seed. However, thanks to a 1st quarter onslaught against the New York Giants, the Cowboys came away victorious in their final game of the season which locked them in as the 3rd seed. The Cowboys will face the 6th seeded Seattle Seahawks.

Lastly, let’s take a look at the 4th and 5th. The fight for the 4th seed was the most interesting one going into week 17 as it set up what was practically a playoff game between the New Orleans Saints and the Carolina Panthers. Both teams were tied for first place in the NFC South with a record of 8-7. In the end, it was the Saints who came away victorious with a narrow 3 point win. The Saints will be facing the 5th seeded Minnesota Vikings. The Vikings got the come from behind victory against the Detroit Lions to secure the 5th seed.

So, there you have it, your Season 20 NFC match-ups. What do you think about the match-ups? Who do you think will move on and who will have their dreams of a 2K OLF Super Bowl crushed? Let us know in the comments below.