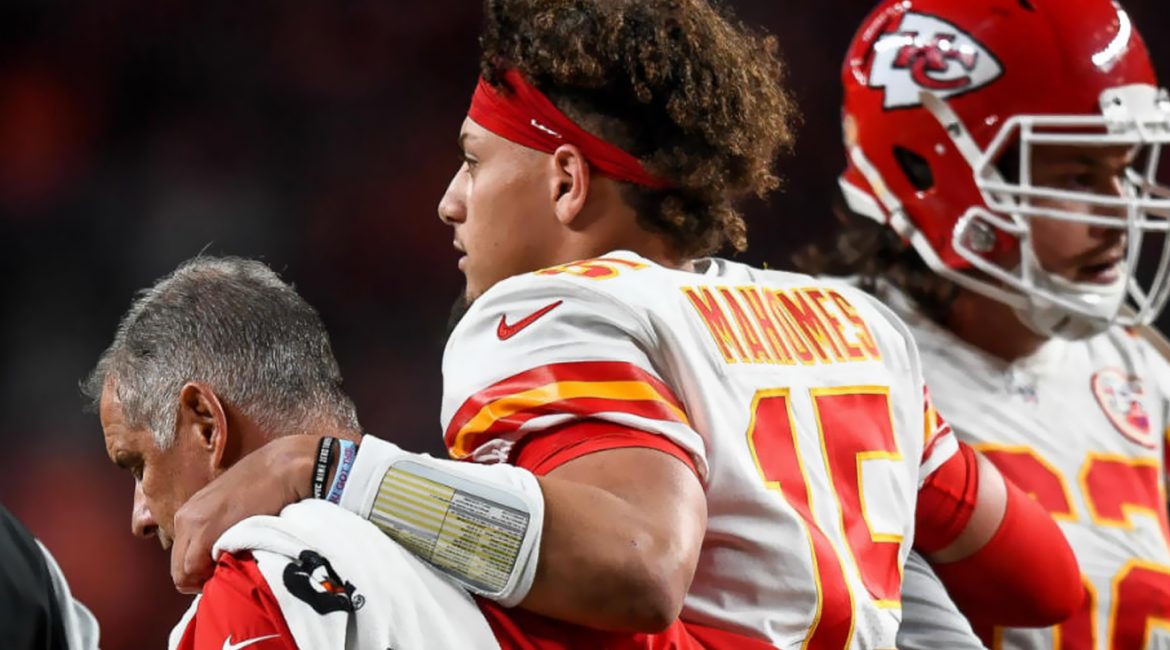 Kansas City, Mo —  It’s the last thing you want to see in a meaningless preseason game, your franchise quarterback on the ground writhing in pain on the ground after taking a big hit in the first quarter against the Atlanta Falcons in week three of the preseason.

“At first I thought he just got the wind knocked out of him, but once I saw him stay down my heart dropped, after I realized this might be something serious, we’ll go ahead and get him an MRI and see the extent of the injury and go from there,”  Miller said after the game.  The MRI revealed he has broken ribs and he will miss up to 5 weeks, he’ll likely be back in week 4 or 5 of the regular season.

The Kansas City Chiefs only have one other quarterback on the team in Travaris Jackson, and they’ll most likely look to sign another quarterback to the active roster. This is the first time in Patrick Mahomes career that he will miss an extended amount of time now they will have to lean on a run game now, something this team rarely does on a consistent basis and a defensive unit that last season was, despite giving up tons of yards, top 5 in points allowed and the number 1 unit in combined turnovers with a staggering 31 interceptions and 11 fumble recoveries.

If this team can go 500 without the star quarterback then they’ll have a solid chance at returning to the postseason for the second year in a row.