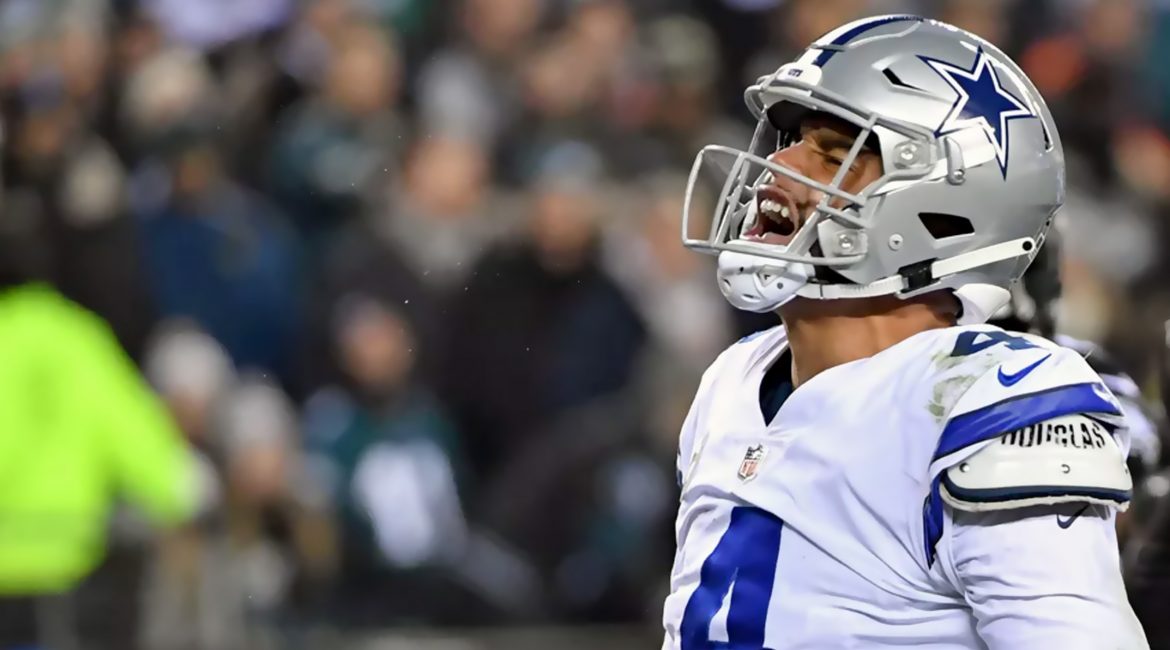 Philadelphia, PA — The Philadelphia Eagles disappointing season continues as their losing streak hits a season-high three games. This time it was the Dallas Cowboys who handed the Eagles their fifth loss of the season.

Despite Carson Wentz throwing for 401 yards, the Eagles quarterback never looked comfortable in the pocket, as the Cowboys defense pressured him for most of the game leading Wentz to throw two critical interceptions, both in the red zone. “I tried to force it into areas I know I shouldn’t. I didn’t do a good enough job of scanning the field on both of those throws,” said Wentz.

For the Cowboys, this was their first full game without their reigning league MVP, in his absence half-back, Tony Pollard got the starting job. Pollard played outstanding as he rushed for 149 yards on 25 attempts, had two rushing touchdowns, and on the stat sheet, he also got credited for a passing touchdown on a forward toss play to undrafted half-back rookie Jet Anderson, the touchdown was also Anderson’s first of his career.

Dak Prescott also played great in this one. Prescott completed 15 of 17 passes, passed for 137 yards, threw no interceptions, was sacked just once, and found his way into the end zone for two touchdowns. “It was a well-played game all around for us. When we got behind for a bit to start the second half we didn’t panic, we stuck to the gameplan the coaches had for us. I know in the past many of us, including myself, would panic or try to do too much instead of playing as a team but thankfully we have learned from past mistakes. We’ll enjoy this one tonight and get ready for next week.” said Prescott.

The win gives the Cowboys a record of 6-2, and thanks to a loss by the New York Giants this week, they sit alone in first place in the NFC East. The Cowboys will be at home next week to take on the Pittsburgh Steelers.

For the Eagles, the loss drops them to a record of 3-5. They’ll be taking on the Giants next game for the second time in three weeks.