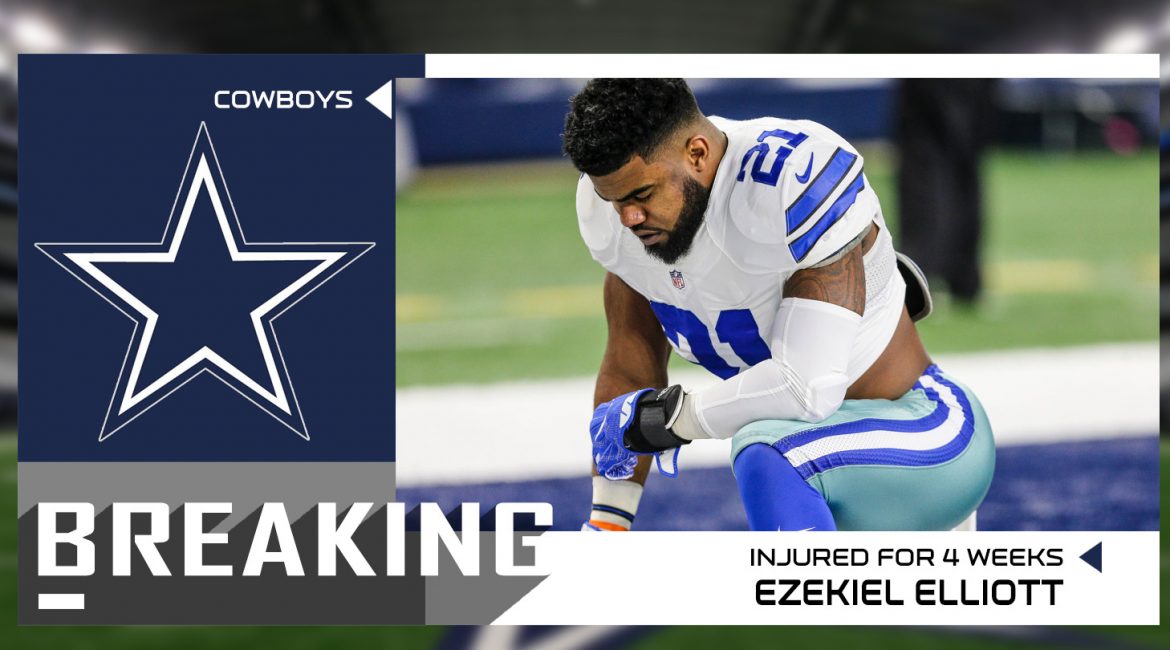 Arlington, TX — The Dallas Cowboys announced today that they will be without their star running back Ezekiel Elliott for the next three to four weeks.

Elliott suffered a broken thumb in his team’s week seven game against Washington. Cowboys coach Andres Perez says the team will have to come together as they prepare for their upcoming games, “It’s unfortunate to lose him, he is a big part of our success, lucky for us though we got two other great running backs in [Tony] Pollard, and [Jet] Anderson. In previous years we ran with just two running backs on the roster, and anytime we had an injury it would always come back to bit us in the rear. Our staff made sure that if we ever got into a situation like this that we would be ready. Pollard will start the next couple of games and Anderson will back him up.”

The Cowboys’ first game without Elliott will be on the road against the Philadelphia Eagles in week eight.