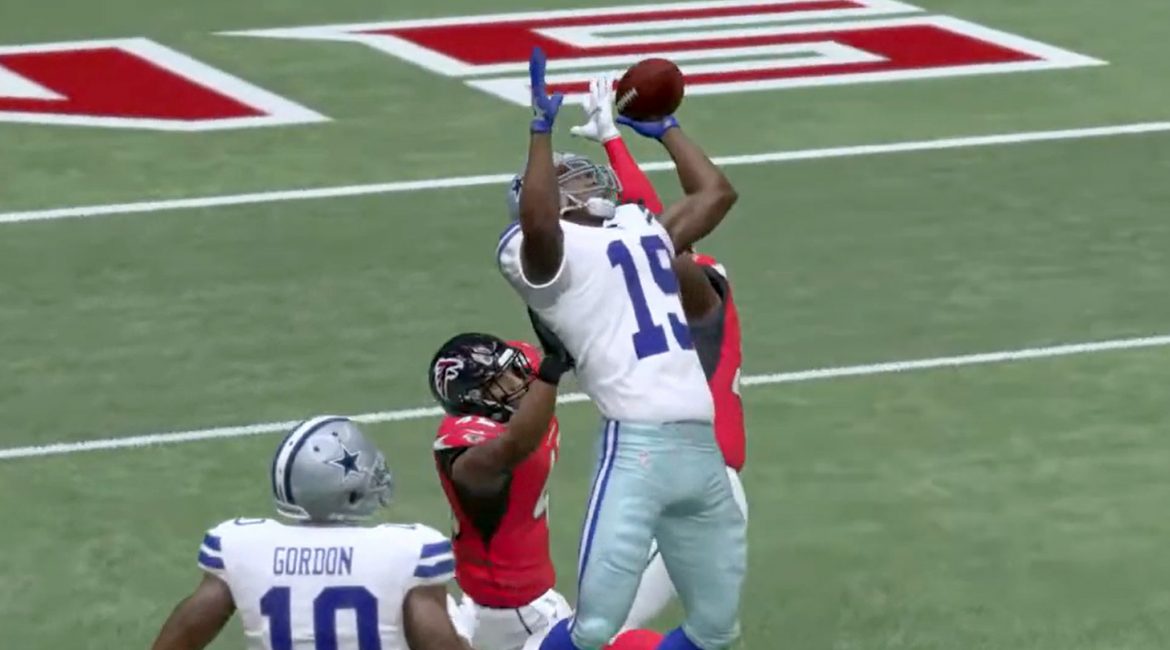 Atlanta, GA — The Dallas Cowboys had one of their best offensive performances in franchise history and for the first time since Season 12, they will have a winning record through the first four weeks of the season.

Following a great come from behind win last week against the Washington Redskins, the Cowboys took on the Atlanta Falcons in week three.

The Falcons came into this game with a record of 1-1 and would have to play without their superstar wide receiver Julio Jones. Jones suffered a dislocated elbow in week 1 of the preseason against the Houston Texans.

The Cowboys got on the scoreboard early thanks to fumble return on a crushing hit by rookie CB Chris Westry on Falcons’ punt returner Ito Smith. The fumble was picked up by another Cowboys’ rookie CB Duke Wooten. It was all downhill from there for the Falcons as they could only score a field goal and a touchdown the rest of the game while the Cowboys put on an impressive fifty points when all was said and done.

Cowboys’ QB Dak Prescott threw just eight times in the game, he completed 5 of those passes for a total of 101 yards passing and had the game’s longest pass when he hit Amari Cooper with a 56-yard pass. Prescott threw zero interceptions and had his first touchdown pass of the season.

Last season’s MVP Ezekiel Elliott looked to be back to form as he rushed for 215 yards, three touchdowns, including a 59-yard run. One the score sheet he also had three receptions for 18 yards and one touchdown.

“We were clicking on all cylinders this week. Our guys were focused from start to finish, up and down the line-up. This is the kind of win that can go a long way to building a solid foundation for the rest of the season. We can’t get too caught up though, it’s just one game and there’s still a lot of football left to be played.” said coach Perez in his post-game interview.

Meanwhile, the Falcons offense continued their early-season struggles. The Falcons have scored only 10 points in each of their first three games.

Matt Ryan completed 24 of 30 passes, had just one touchdown in this game, for a total of three this season, threw one interception and finished the night with 213 passing yards.

The Falcons running game also continued to struggle. Sony Michel had 46 yards, 19 more yards than his 27 last week, he has zero touchdowns this season. “We just need to be better out there. ” said Michel “We need to be ready to go when the whistle blows. I know the type of player I can be, a difference maker but in the end, it’s going to take all of us here in this locker room to come together, get on the same page and start playing better ball.”

For the Cowboys, it’s back to back victories now after the week one defeat as they’ll improve to a record of 2-1. They’ll be able to enjoy this one as they head into their bye week before coming back in week 5 to take on the New York Giants.

Meanwhile, for the Falcons, they’ll fall to 1-2. They’ll look to get back on track next week as they take on the Philadelphia Eagles.