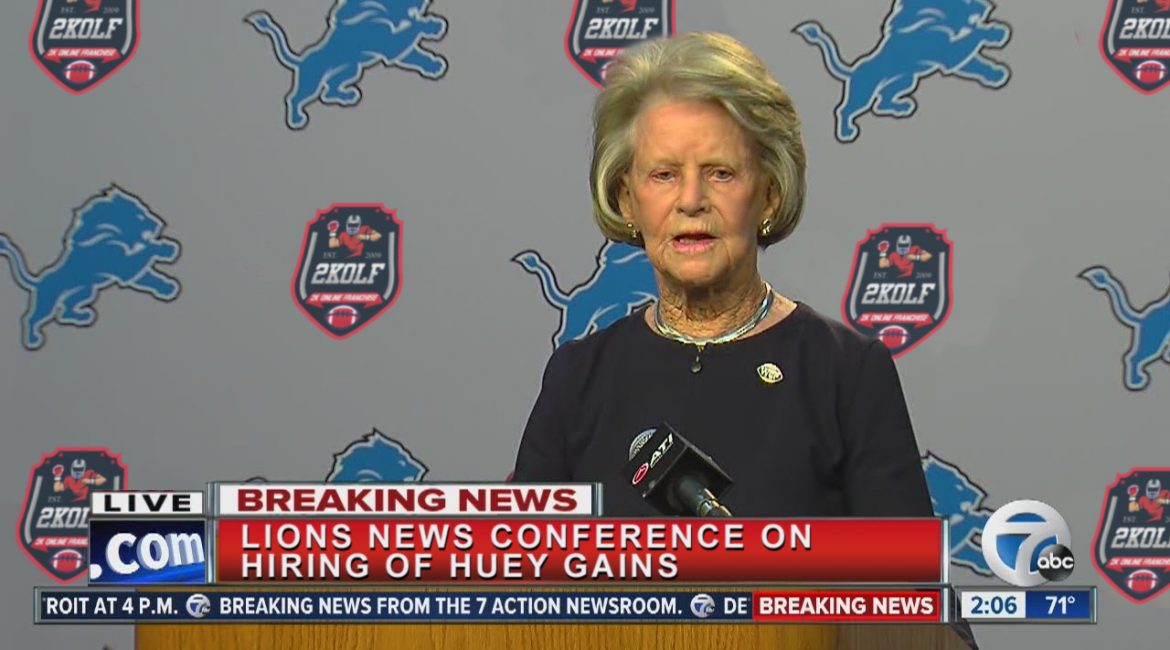 The deal is reportedly a 5 year term worth 50 million dollars, which is on par with some of the highest paid head coaching deals in league history.

Lion’s Owner Martha Firestone Ford deeply believes that Huey Gains is the team’s best option to reach the promise land in the league very soon. Her late husband and herself have known Huey Gains since he was a highly touted corner back coming out of college from the legendary Michigan Wolverines program in 2010 (Go Blue!)

Gains could’ve easily been a top 5 draft pick in the 2010 draft, if it wasn’t a devastating car accident that derailed his pro football career.

On February 26th, 2010, Huey Gains was coming back home from a football workout with his longtime friend S Eric Berry (Kansas City Chiefs), when two masked men collided head on with Gains at an intersection. The two men were reportedly on the way back from a heist job in Detroit, and while they suffered no severe injuries, ironically, they are now serving 25 years in Michigan State prison on numerous charges.

Huey Gains however did suffer severe head trauma that left him a 2 week coma, vertebrae fractures and a broken fibula.

Martha Firestone Ford and her late husband visited Gains while recovering from surgery to support him on what was a traumatic experience for the young Huey Gains.

It was widely speculated that the Lions were in the midst of trading down a few spots and taking Gains in the 2010 draft.

Gains would soon recover from his injuries and join Jim Caldwell’s defensive coaching unit in 2015.

In what is such a feel good story, Detroit may finally have their man.