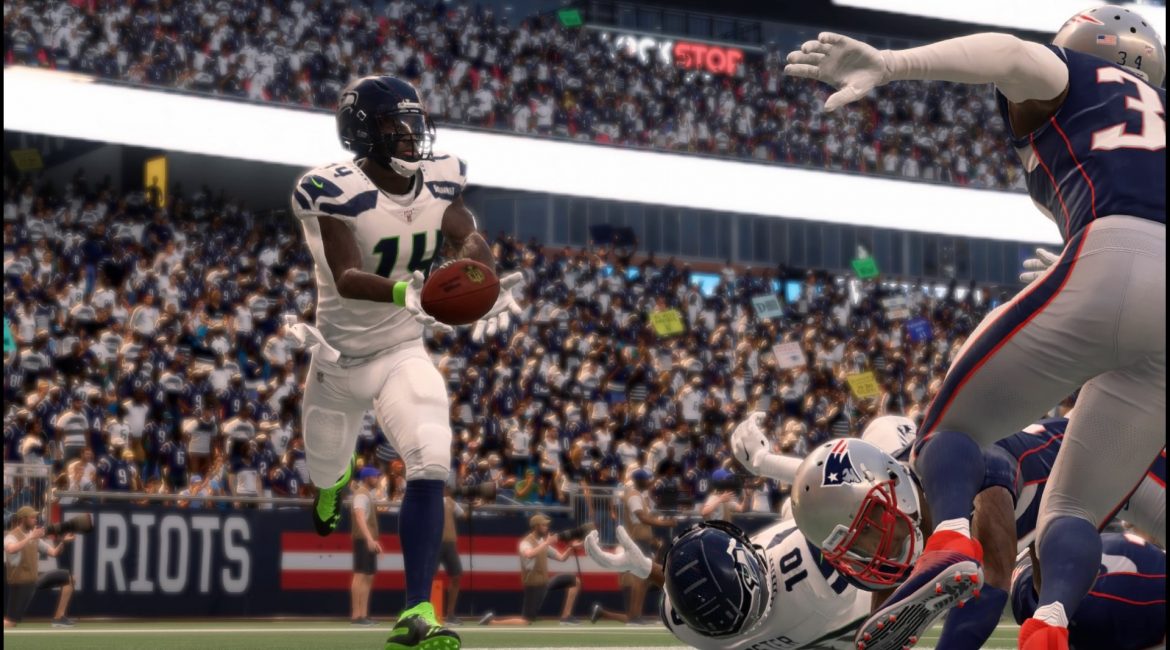 Foxborough, MA — Not since Season 5’s AFC Championship, also known as The Foxborough Miracle, has a game ended like this.

It was no surprise that this game came down to the wire. But holy smokes! What just happened?! In what was a play that will be talked about all season long, shown on TV all week & already went viral on twitter, It’s safe to safe that miracles do happen!

On 2nd & 10 from the New England 48-yard line with enough time for just one last play, down 21-22 It was hail mary time as Seattle’s only option to win the game was a touchdown. Russell Wilson threw it up to Robert Foster & began to pray immediately. The ball didn’t exactly make it into Foster’s hands as he was covered up by 3 defenders. Instead, it bounced right off of them into the air eventually falling directly into D.K. Metcalf’s hands who was only a few feet away for the game-winning touchdown! Wilson’s prayers surely were answered as Seahawks went on to win 28-22 and are now 2-0!

”I could have played a much better game,” Wilson said to the media, ”Too many mistakes on my part nearly cost us the game. But the guys kept fighting till the very end and that’s what makes us who we are.” Wilson had 27 pass attempts and just 13 completions for 347 yards, 3 touchdowns, and 3 interceptions. 2 of those touchdowns were 2 crazy catches by Metcalf including the one to seal the game.

Halfback Rashaad Penny didn’t come close to putting up the totals he did week 1, as he had 7 carries for only 39 yards and no touchdown. Metcalf had just 2 catches for 133 yards that both went for huge touchdowns. Foster also had just 2 catches but for 108 yards and 1 touchdown. Lastly, Tyler Lockett caught 5 for 78 yards. Bobby Wagner had 10 tackles, 3 going for a loss and 1 interception. Jadeveon Clowney had 8 tackles and 2 sacks.

On the other side of the field, Patriots’  quarterback Jacoby Brissett went 20-37 for 228 yards and 1 touchdown with 1 interception. After having a monster opening week, Seattle saw his week 1 performance and surely knew who they had to focus on Devonta Freeman. Their gameplan worked as he was completely neutralized. Freeman had just 17 carries for only 14 yards and no rushing touchdowns.

Tight End Jimmy Graham had 7 catches for 78 yards and wide receiver Josh Gordon had 4 catches for 57 yards. While cornerback Stephon Gilmore had only 3 tackles but made his presence known with 3 interceptions.

Seahawks are back at home as they take on the defending NFC Champions Los Angeles Rams in what should be yet another great game that could very well come down the very last second.