Patriots slip by Raiders to the Super Bowl 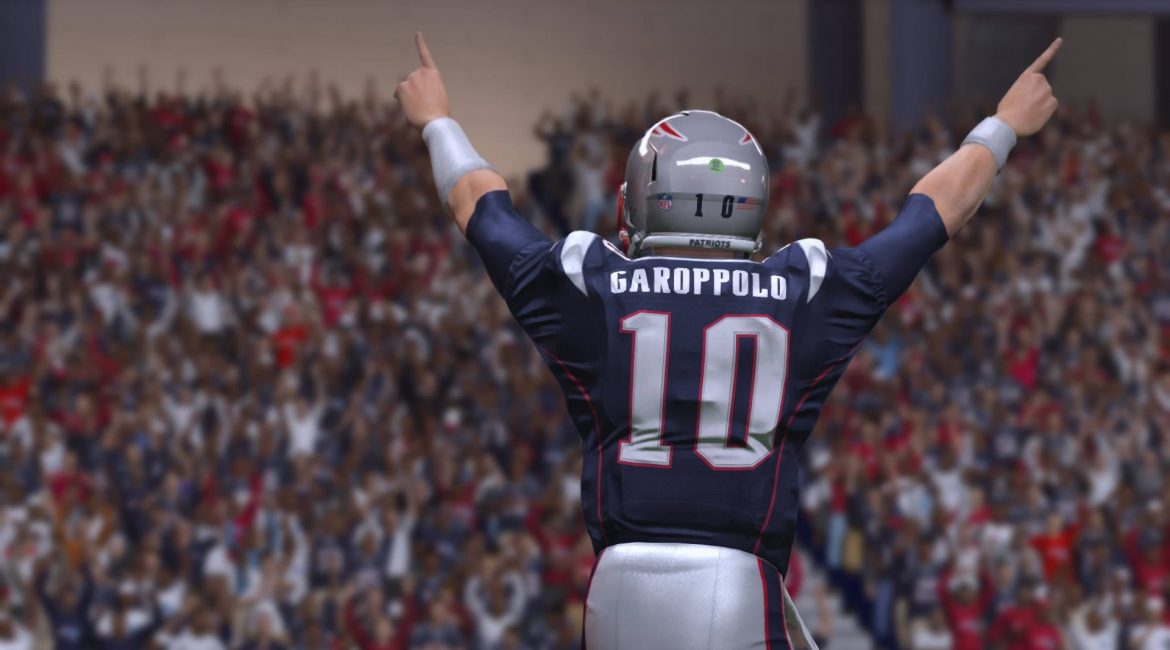 FOXBOROUGH, MA — One second separated the Oakland Raiders from a trip to their first-ever Super Bowl appearance, but instead that one second turned into the New England Patriots‘ biggest comeback win in franchise history.

New England Patriots back-up quarterback Jimmy Garoppolo made a Tom Brady like pass to propel the Patriots to their third Super Bowl appearance in 5 seasons. Down by 5 points, 6 seconds remaining and no timeouts, Garoppolo out of the shotgun formation, hiked the ball, stood in the pocket for what must have felt like an eternity and aired it out to wide receiver Justin Hunter. Hunter somehow, someway, found a spot amongst two defenders to jump up and catch the ball right just inside the end zone with 1 second remaining on the clock.

Game-winning drive
With 1:51 left on the clock, the Patriots were pinned down to the 8-yard line from a punt from Oakland’s Marquette King. Admit it, many of us thought it was over from there, but not the Patriots with 3 timeouts left in their pockets.

The Patriots mixed up the plays with runs by Reggie Bush and short passes to his receivers. However, with short gains and the clock against them, the Patriots were only at their 42-yard line with 0:35 seconds left to spare. As they faced a crucial 3rd & 3, Garoppolo checked out of a pass and into a run for Bush who successfully converted for a new set of downs. Rushing into no-huddle, Garoppolo tried to throw a deep ball to Gronkowski, but the pass went incomplete from a hit by Chris Clemons. Now left with 0:16 seconds, Garoppolo tested Clemons once more with a bullet throw to Aaron Dobson for a 22 yard gain to the Raiders’ 33-yard line. Dobson then hauled in another pass for a 5 yard gain to the 28-yard line. Now the Patriots had realistically one shot left to the endzone with 0:06 seconds left on the clock.

Garoppolo calls for the ball, the Raiders only rush with one and the rest out for coverage. Garoppolo waits, looks, and throws a floater in the endzone only to be… CAUGHT! Justin Hunter hauls in the catch and falls into the endzone!! TOUCHDOOOOWN, PATRIOTS!

Justin Hunter finished the night with 5 receptions for 59 yards and the game-winning touchdown catch. Also, he was the Patriots’ sole touchdown on the board (the rest were field goals).

Jimmy Garoppolo led the Patriots to a 92 yard, game-winning drive. The rookie QB threw 3 interceptions before going 6/7 for 73 passing yards and a touchdown!

Quotes from the Coaches