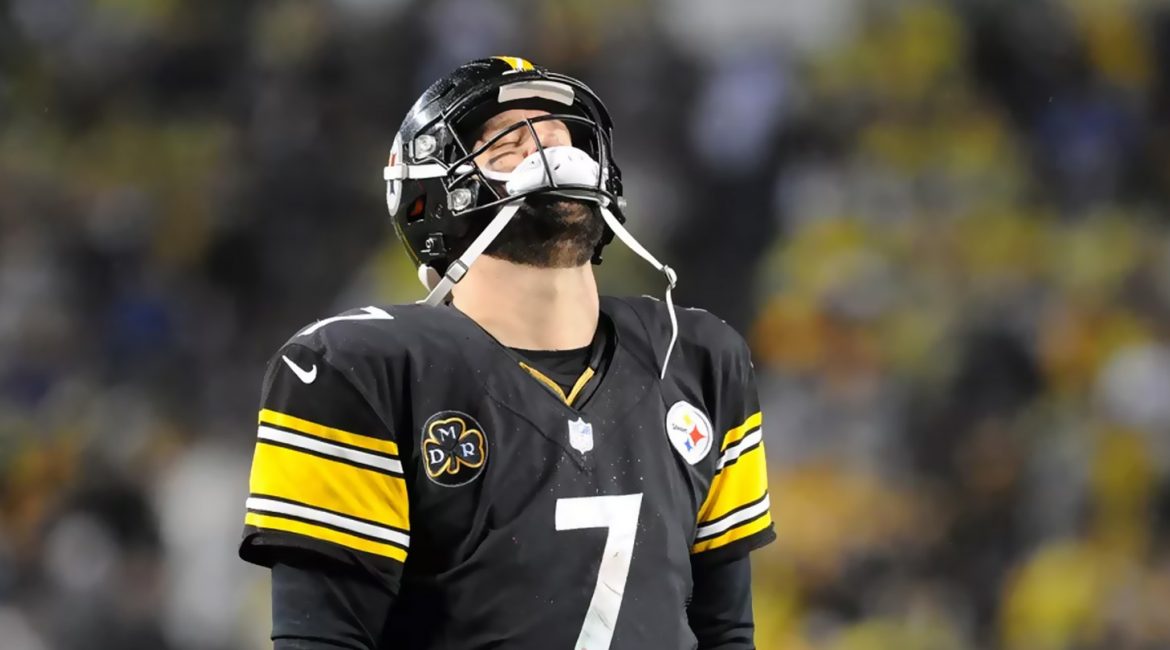 Pittsburgh, PA — In what has been a very unsuccessful start to the new campaign, the Pittsburgh Steelers (1-3) appear to be making a change at quarterback.  Ben Roethlisberger has had one of his worst career starts, a start that will most likely hurt him as a first-ballot Hall of Fame QB.  Roethlisberger currently has a dismal passer rating of 57.2.  He has struggled to find the end zone with just 6 TD’s and 13 INT’s (tied for most in the league).  The touchdown to interception ratio is one of the worst in the league.

When asked about the decision, coach Rhodes did not hold back.

I had a meeting with Big Ben after our loss to the Baltimore Ravens and let him know that we were looking to go a different direction this week.  I’m a new coach trying to improve upon our .500 record from last season.  We can not turn the ball over as frequently as we have and expect to win.  I need Big Ben to step up as a leader and help prepare Michael for his first rookie start.  Big Ben has been a great player and leader for this organization for many years and I expect he will find ways to help contribute to getting us back to winning football.  Big Ben appears to have embraced his new role and our practices this week have been very encouraging.

Quarterback Michael McCann had a pretty successful preseason, which is why the organization is standing by coach Rhodes’ decision.  Owner Art Rooney II had this to say.

We believe coach Rhodes knows what is best for our team at this time.  We all believe that Michael is the spark this team needs to get us back to winning football again.  Big Ben is still a big part of our organization and we look forward to him helping us groom this young rookie into an elite QB.

We are not sure what this means for Roethlisberger’s future with the organization, as this is the final year of his contract.  Will the team attempt to resign him as a veteran back-up or will they decide to let him walk?  After all that he has done for Steelers football, will Roethlisberger want to resign with an organization that is benching him?  Only time will tell how this unfolds.