Raiders pull off the upset versus Dolphins 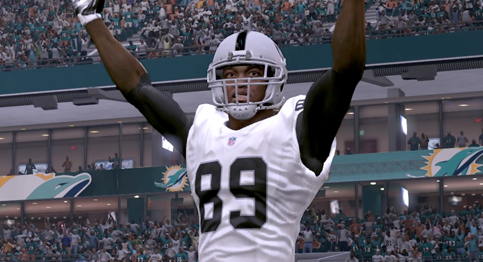 Miami, FL — The Miami Dolphins came into the playoffs as the heavy favorites to come out of the AFC. But, those odds were shattered thanks to a strong defensive performance by the Oakland Raiders.

It was over when:
The Dolphins played from behind for most of the game, after allowing two first half touchdowns. They finally got in the end zone late in the 3rd quarter to cut the Raiders lead to a 12-7 lead. With 3:20 remaining in the game, the Dolphins had put on a good drive that placed them at the Raiders 36 yard line. Unfortunately for the Dolphins, Ryan Tannehill’s pass to WR Kenny Stills would get deflected and intercepted by Raiders’ CB D’Joun Smith. The Raiders were able to pick up two key first downs on their drive to end the Dolphins postseason run.

Game Ball
In a tight defensive game, one wide receiver made the difference to help his team get the victory, the Raiders’ Amari Cooper was that player. Cooper scored the Raiders first touchdown of the game, had the game’s second longest reception on a 31 yard catch, and finished with 75 yards on just 4 receptions.

Up Next
The Dolphins remarkable season comes to an end, but despite the early exit in these playoffs the future looks bright for this ball club. They made the divisional round for a third straight season, they finally dethroned the might New England Patriots from winning the AFC East and finished with the second best record in franchise history. If they can stay healthy next season or get some more depth on offence, expect them to be right back here next season.

The Raiders pulled off the upset and are starting to look like a team of destiny. They will now head out to the Steel city to take on Ben Roethlisberger and the Pittsburgh Steelers.