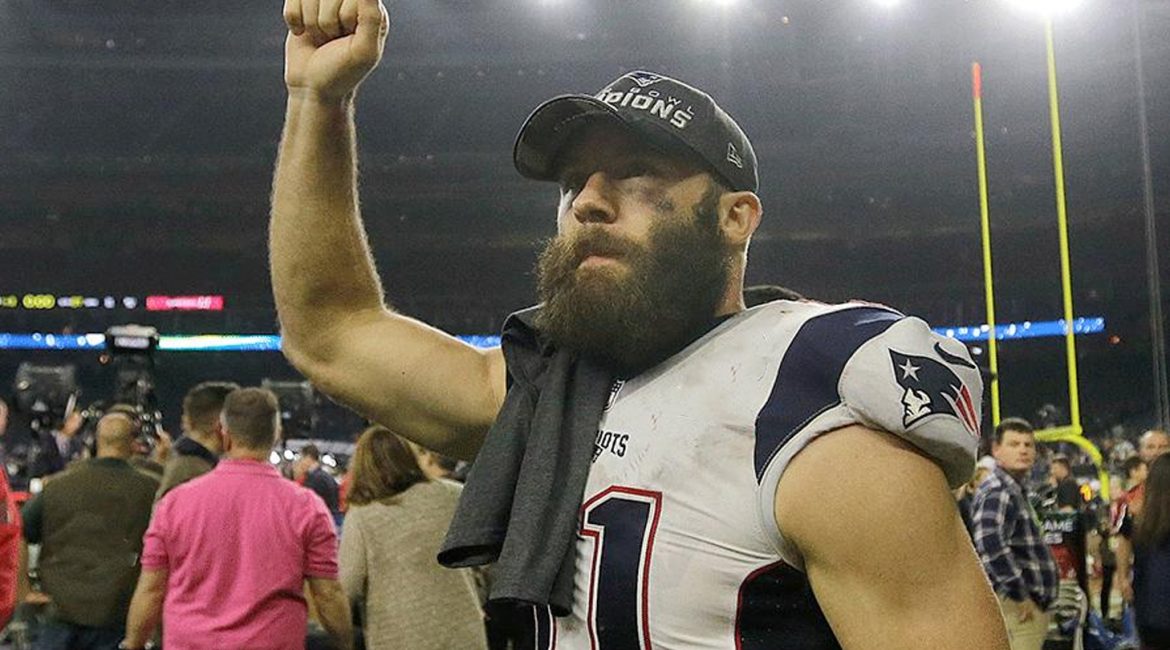 Houston, TX — The 2K Online Franchise playoffs is formatted to start off with eight teams and to end with one champion. Ladies and gentlemen… we have our champion!

How Both Teams Got Here

By locking the 1st seed in the AFC conference, the Patriots’ road to the Super Bowl was shorter. However, the difficulty of this route, you can tell it was a tough road. The Patriots defeated the Oakland Raiders in the AFC Divisional round by a score of 13-3. As for the AFC championship, the Patriots met their division rival, the Miami Dolphins, and escaped with a victory of 20-10. A common factor between both games was that they were low scored. Therefore, you can tell it was a defensive chess match throughout their path.

The 49ers managed to win their division title and lock the 4th seed of this season’s playoffs. It was one helluva ride for the 49ers as they played three games before eventually reaching to the Super Bowl. In the Wildcard round, the 49ers dodged an Aaron Rodgers’ patented comeback by holding onto their lead with a 14-12 victory. As for the NFC Divisional round, the 49ers were able to win on the road against the Minnesota Vikings with a surprising 38-14 victory. Finally, the NFC championship between 49ers and Washington Redskins was a game to remember. The 49ers managed to move onto the Super Bowl by holding onto another lead of 15-13. Moral of their story? Don’t wait for a last second comeback!

The Patriots elected to receive the ball after winning the coin toss and their strategy didn’t fail. QB Travis Bryan marched his team down for the opening score with a 10 yard touchdown to TE Rob Gronkowski. However, that score didn’t phase the 49ers as they were able to answer with a scoring drive of their own. RB Carlos Hyde bulldozed his way in the endzone for a 1 yard touchdown after an 80 yard drive.

With a 1:09 left before the first half ends, the Patriots were eager for more points. Although they didn’t have anymore timeouts, they were able to drive down the field for another touchdown to Gronkowski with a 19 yard catch and run. Everyone watching the game believed that the Patriots would enter halftime with the lead, however 13 seconds was just about enough for the 49ers. Jarryd Hayne eluded his way through three broken tackles for a 102 yard kickoff return to end the first half with the game tied at 21-21!

The 49ers received the ball in the 2nd half with hopes of Hayne returning another kickoff for a touchdown. Although he only managed to pit his team at the 22 yard line, the 49ers were still able to march down to the Patriots’ redzone. Their drive eventually stalled out at the 12 yard line and converted for a field goal, 24-21 SF. The Patriots managed to pull the identical drive that the 49ers came out with. The major difference was that the Patriots were able to score a touchdown with a 19 yard toss play to Giovanni Bernard, 28-24 NE. The 49ers knew that they had to match that previous drive in order to keep up with the race. Unfortunately for 49er fans, the 49ers were only able to reach to their 41 yard before punting away a loss opportunity. Starting at their only 7 yard line, the Patriots were able to extend their lead by marching down with a mixture of passes and runs. They capitalized on their possession by adding another touchdown with the legs of Giovanni Bernard, 35-24 NE.

Now with the ball near the 2 minute warning and down by two touchdowns, the 49ers had to put something on the board. After three plays, the 49ers were facing 4th & 1 with 1:33 left on the clock. Coach Nguyen called up a homerun play that nobody was expecting. The speedster, Josh Gordon, sprinted down on the left hash while looking up for the ball. As seconds ticked away, Gordon soared up to snatch the ball away from the two defenders. The only problem was that he wasn’t able to fully come down with possession of the ball. The 49er fans in the stadium and worldwide were left speechless. The Patriots fans were screaming their lungs out, as they realized that another championship was coming back to Foxborough.

The Patriots’ redzone efficiency was the number one reason why they won. They were able to score touchdowns on 4/4 trips in the redzone; two through the air and two in the ground.

QB Travis Bryan was named this season’s Super Bowl MVP! Not only that the rookie capitalized on his opportunity to start his first Super Bowl, he was able to get his own ring! Bryan finished the night recording 19/28 (68% completion rate), 362 passing yards, and three touchdowns.

Mike is a great coach. We’ve obviously met up in the previous championship games before, so our head-to-head match up is tied at 1-1. It’s going to be a great and intense game. Don’t let their (10-6) record fool you. They’re riding on a lot of momentum as a Wildcard team.

Great game by both teams, but Sean was the better man tonight. I’m proud of my guys, regardless of the outcome. Everyone wrote us out this season and we ended up making it to the Super Bowl. We’re just going to have to swallow this loss like a pill and move onto the next season.