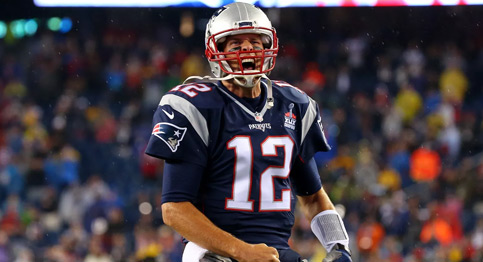 Pittsburgh, PA – The Pittsburgh Steelers are back in the playoffs after missing them the past two seasons. They finished the regular season with a record of 11-5 and won their division for fifth time in franchise history. The Steelers are led by the Miami Dolphins ex-coach Matt Bright.

The defending 2K OLF Super Bowl Champions, New England Patriots, almost failed to make the post season. Things looked especially bad after getting shutout 0-24 by the New York Jets in week 12. The loss dropped the Patriots record to 5-6 and put them in last place in the division. But, looking back now that loss was the wakeup call they needed. The Patriots ran the table and put forth an impressive run to qualify for the postseason with a record of 10-6.

Streaks
The Steelers finished the season on a two game win streak. Their last two wins were against the Baltimore Ravens and Cleveland Browns.

On the other side of the field, the Patriots have won five in a row. Their game last week was a must win in order to get into the playoffs and they did not disappoint. They defeated the best team in the AFC, the Miami Dolphins by a score of 24-16.

Last time they met.
These two teams met earlier this season, in week 7. It was a tightly contested game that came down to the final seconds. In the end it was the Patriots who came away with an 8 point win.

Pittsburgh Steelers
coach: Matt Bright
Regular Season: 11-5-0
Experience: 0
Career Record: 53-45-0
After taking a year off from coaching, Matt Bright seems to have benefited from the time off. In his first year as head coach of the Steelers he has taken them back to the playoffs and to a division title and although he lost against the Patriots once already, his team has a lot of momentum heading into this one.

The Patriots are back in the playoffs and this time they enter as the defending Super Bowl champions. Coach Nguyen knows his team has a long way to go in becoming the second team to win back to back championships. His team had a good week of practice and by all accounts they are more than ready to take on the Steelers.