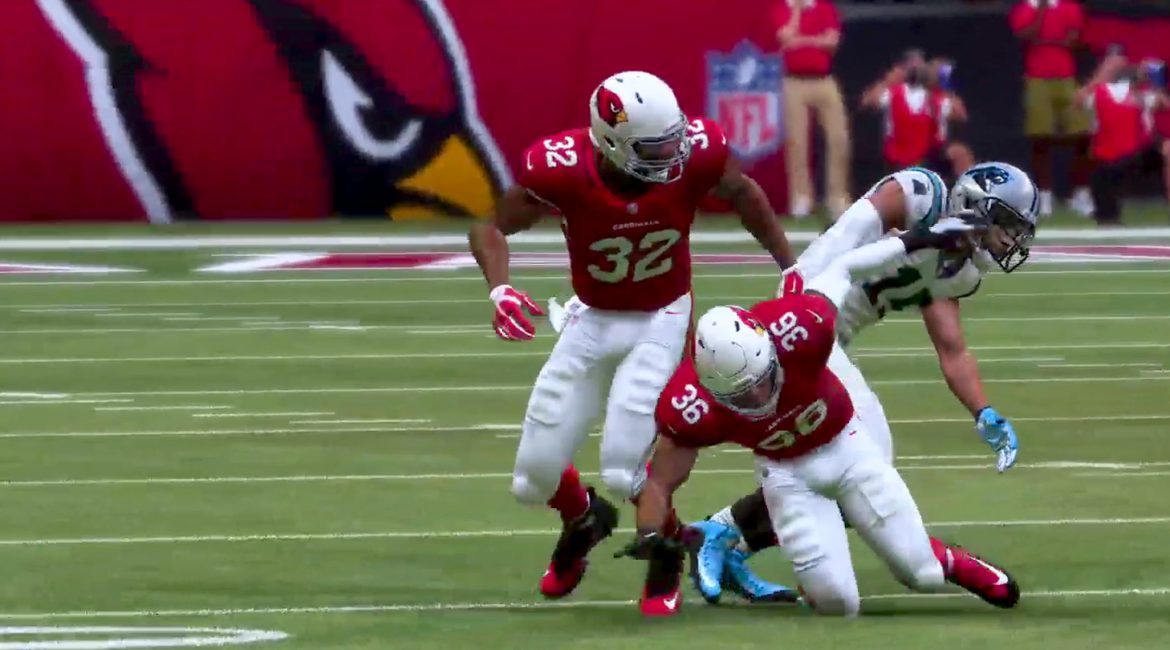 Charlotte N.C.-  “Embarrassing” That’s the word that you could hear everyone muttering, sure it was a “close” final score after they were able to FINALLY score a touchdown late in the fourth quarter, but the Carolina Panthers never really seemed into the game from the opening kickoff against the Arizona Cardinals.

“We’re lucky that our defense came through and only let up the 17 points in the first quarter. With all the turnovers and wasted drives it could have turned ugly quick.” Speaking with the coach after the game. “Our offense came out flat and couldn’t sustain any drives, and when we did, we seemed to shoot ourselves in the foot with penalties and drops. I need to do a better job of getting this team coming out ready to play on the offensive side of the ball, we were not efficient at keeping drives going, I think we ended up going 3 for 10 on third down conversions.  Not going to win to many ball games with that.”

Cam Newton struggled to find a rhythm in this game as well, even though he isn’t known for his accuracy he ended the game with a 48% completion percentage along with two interceptions. It’s hard to score points when your quarterback can’t hit receivers, hopefully it was just him knocking some rust off from taking it easy during the pre-season.

Even with the terrible offensive play the team had a chance late in the fourth to tie the game, Cam hit newly signed Albert Wilson in stride on a post route only to see him fumble trying to gain extra yards, some people were wondering why the normal slot man Curtis Samuel wasn’t in. It wasn’t all bad for Wilson in his debut though. He ended with 5 receptions for 75 yards. “I just wanted to try and get some extra yards after the catch.” Wilson said. “I guess I should have just went down with two defenders coming at me, our offense was starting to finally get into a rhythm it seemed as well. I was filling in for Curtis on that play in case anyone was wondering, he had some tightness in his hamstring, but I talked to him after the game and he said he’s feeling fine and should have no lingering issues.”

It was a bit concerning seeing the offense struggle so much, considering they’re coming off a top 10 offensive year last season, while Cam is coming off one of his best seasons under coach Miller.

“I fully believe that we will turn this offense around, and I know that it starts with me, as the quarterback I shoulder the responsibility. I need to take better care of the football and settle what the defense is giving as opposed to taking unnecessary chances, that puts the defense in unfavorable scenarios.” Hopefully Cam and the offense can start putting up more points, because 10 points a game isn’t going to cut it in this league.

The Panthers will take on a tough Jacksonville Jaguars team next week for their home opener.

Carolina Panthers WR Albert Wilson is stripped of the ball late in the fourth quarter.