It’s Dark and Cloudy In Philadelphia 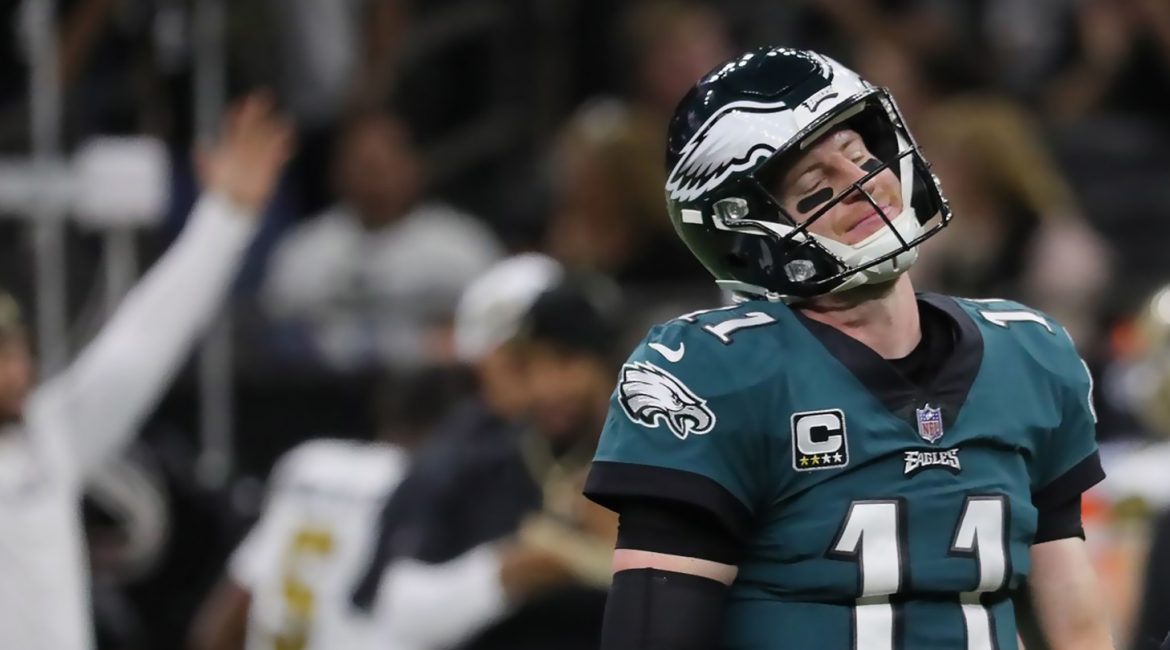 Philadelphia, PA — Well…. where do I start? The team and fans are speechless about this horrible start to the season and has some wondering “What can they do to turn things around?”

There seems to be no positives to this season so far and coach Sesler doesn’t seem to have any answers. After the loss to the San Francisco 49ers coach Sesler didn’t talk to reporters for long and seemed to be in a hurry to get to the locker room. Who can blame him with the way this season has gone.

Former MVP QB Carson Wentz has been average or below average to his standards so far this season. This season Wentz has a completion percentage of 55%, has thrown 10 touchdowns and 7 interceptions, a far cry from his MVP numbers two seasons ago. “The losing starts with me. I admit I need to play better for us to turn this thing around and it starts next game.”

Carson has been missing easy throws that he should be making in his sleep and making throws that have been head scratchers, which is not like him. Wentz is known to take his chances downfield but the chances this season have been question mark decisions. While it’s easy to blame the quarterback for all the Eagles struggles, the running game has also struggled.

Running back Dion Lewis, who the Eagles traded for to be their lead back has 78 attempts for only 306 yards and 3 touchdowns. Although it’s still early in the season, they’re not really eye-popping numbers that the Eagles thought he would bring.

Starting the season 1-4 doesn’t bold well for teams looking to make the playoffs, especially when two of the three games the Eagles lost were by a touchdown. But, with the Washington Redskins being 2-2, New York Giants 3-2 , the Dallas Cowboys 2-3 and all 6 division games left the Eagles are very much alive in the hunt for the division. No better time to start, than by beating the Giants next week on the road.

With the Eagles making the playoffs the last 3 seasons it would be hard to see that come to an end so we all need to have faith I’m this team! We have the QB, former MVP QB at that, to lead the way and all we can do is believe and trust that this team can make it sunny in Philadelphia again.