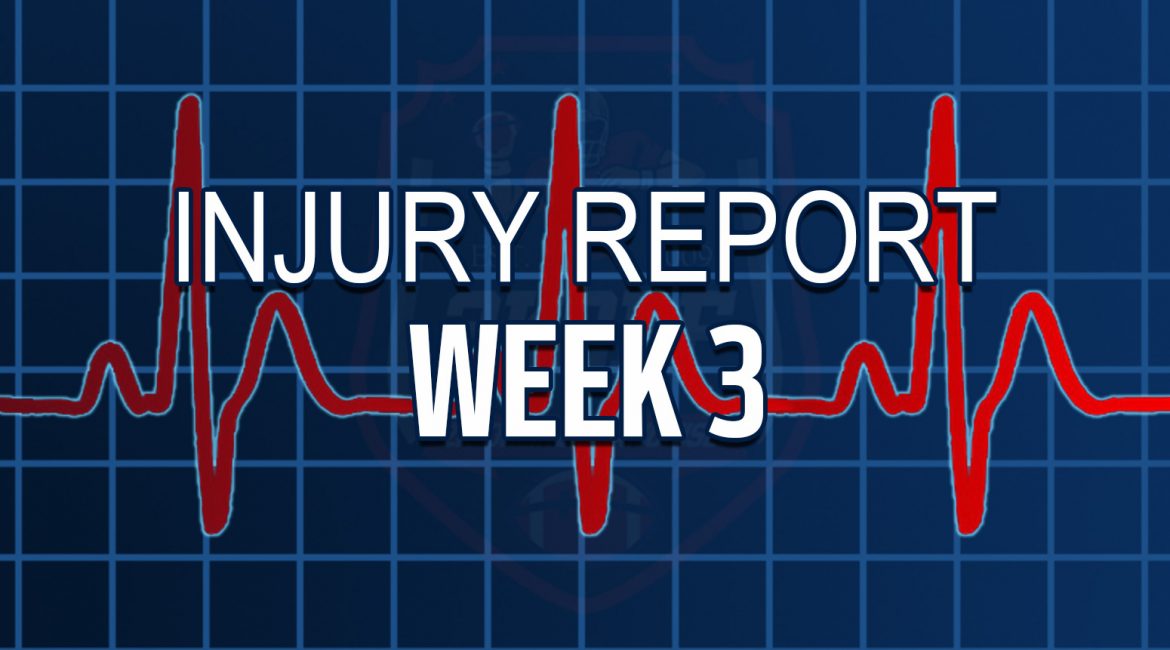 Salem, OR — Week three is upon us and while some teams have avoided any major injuries, others have been hit hard by the injury bug. The three teams with the most injuries are the Dallas Cowboys, the Houston Texans, and the Denver Broncos each have three injuries.

The Cowboys will be missing two key players on defense for at least another four weeks as MLB Leighton Vander Esch will be out with a torn labrum and DT Gerald McCoy will be out with a dislocated elbow. There is some good news for Cowboys fans though, Tony Pollard is set to return this week when the Cowboys take on the New England Patriots. Pollard has been out since the pre-season with a pair of broken ribs.

Below is the complete list of injuries through week three.