Greg Olsen, is that you? 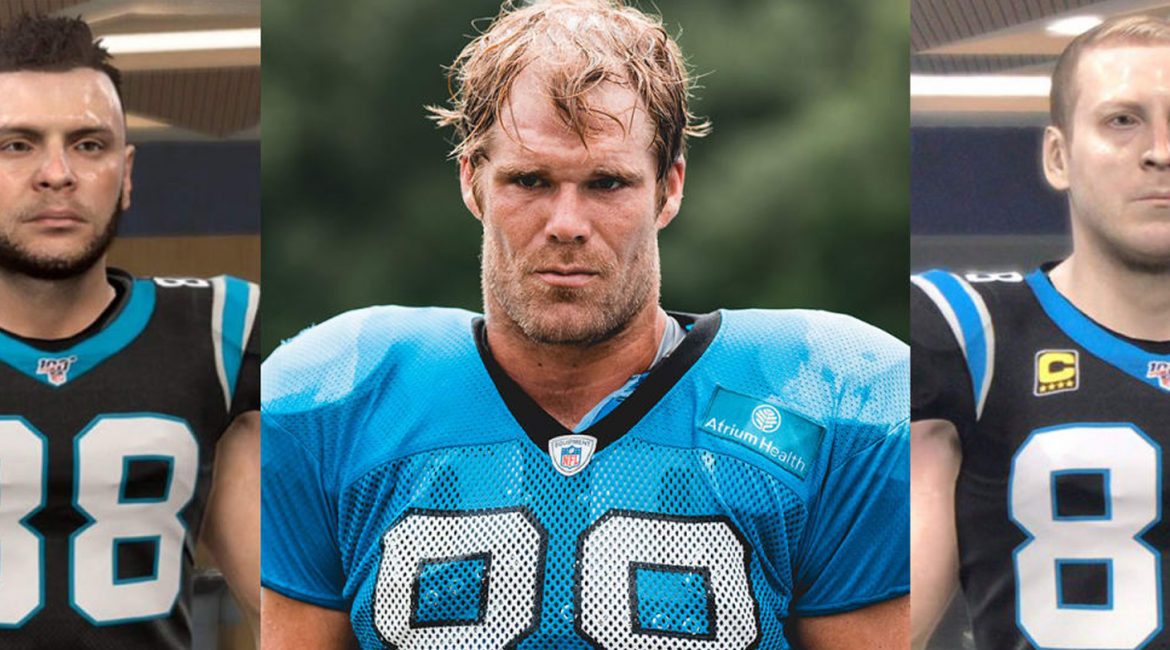 Charlotte, NC — Ah Madden, here we are in the 21st century, where we have games where graphics leave you wondering “is that real?” and while Madden 20 is a huge improvement over last season’s stink bomb of a game, there’s still one guy who can’t escape the ugliness of his character model.

We’re talking about a player that has been in the league for over a decade, has appeared in the pro-bowl(New in Madden 20, in case you didn’t know.) multiple times, and in his rookie year won the Brian Piccolo Award, which is an honor that is given to players of the Chicago Bears. The award is given to one rookie and one veteran per season who best exemplifies the courage, loyalty, teamwork, dedication and sense of humor of the late Brian Piccolo.

The player we’re talking about is Carolina Panthers own Nick Swisher…eerr sorry I mean Greg Olsen. As you can see in the video and picture below Greg Olsen has had the unfortunate luck of being one of many players who’s character model looks nothing like him. “Why is that?” you ask, well click on the video below to hear it from the man himself…

Now I get it, EA missed his head scan in what sounds like one of his early pro-bowl(did I mention it’s back in Madden 20?) appearances. But come on EA! His last pro-bowl appearance was 2016, you’ve had three years to scan him, or heck at the very least model a character that’s closer than the Nick Swisher looking model he has now.