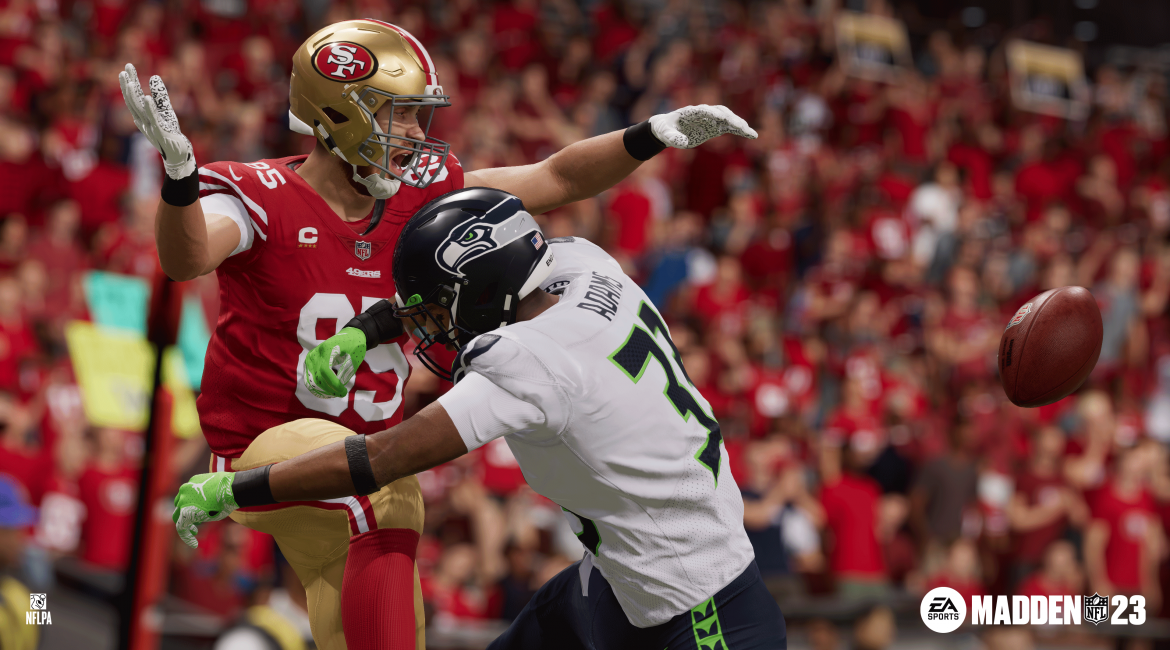 Redwood City, CA — EA has detailed the modifications to Madden NFL 23’s gameplay, including the addition of fan-requested additions in Franchise mode.

Franchise, similar to Career Mode in FIFA or MyGM in NBA 2K, has received a lot of flak from fans in recent years, but Madden NFL 23 promises a more polished version that includes staff management, weekly game planning, and scouting.

New free agency features, improved trade logic, and increased scout decision making all add to the authenticity, and it’s all wrapped up in a user interface that’s designed to help you grasp how to build a successful business.

Face of the Franchise mode has also been updated for anyone seeking to start their own franchise, with the addition of the cornerback position for the first time. The same improvements that apply to Franchise mode, such as improved trade logic and so on, apply here as well.

While most basic systems have been updated, Madden NFL 23 now features FieldSense, a new technology that EA claims “lays the groundwork for consistent, ultra-realistic gameplay” by giving players more control at every position on the field.

This manifests itself in a variety of ways. Players will be able to perform mid-air knockouts, hit the pile to aid with already-in-progress tackles, blow apart blocks, and force turnovers with stand-up tackles, making the defense more adaptable than ever before. 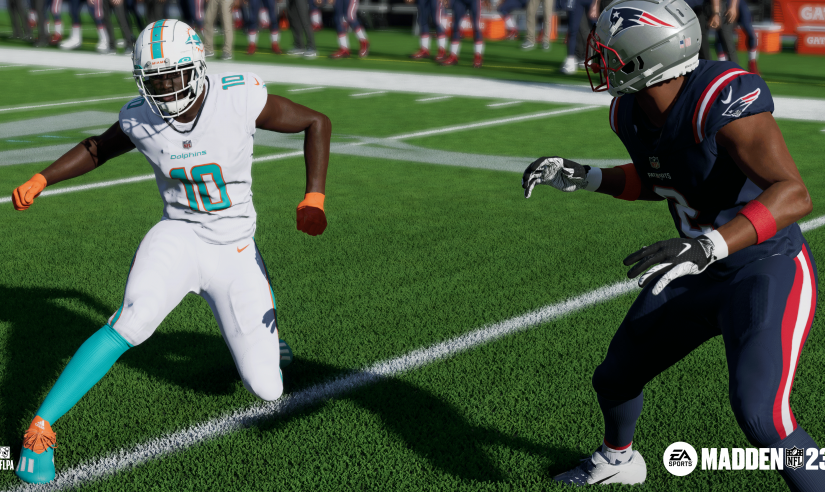 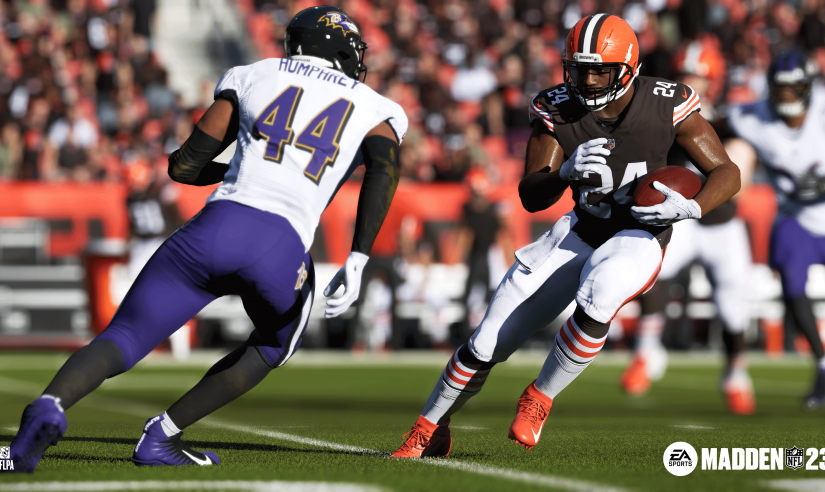 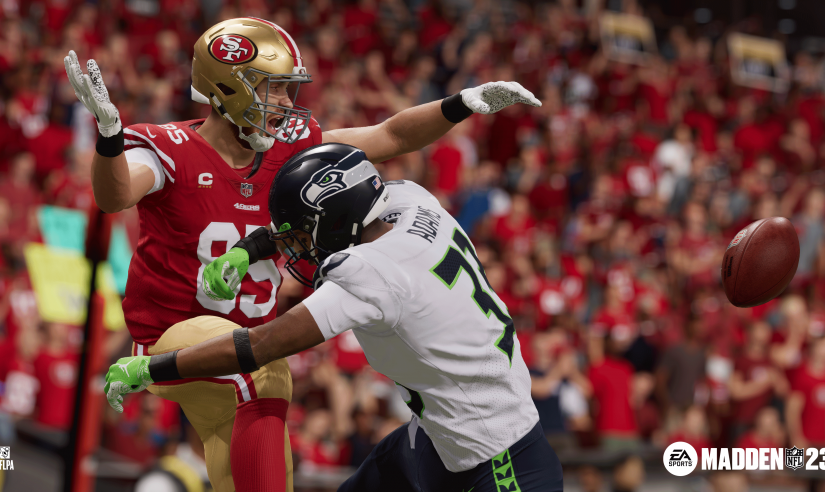 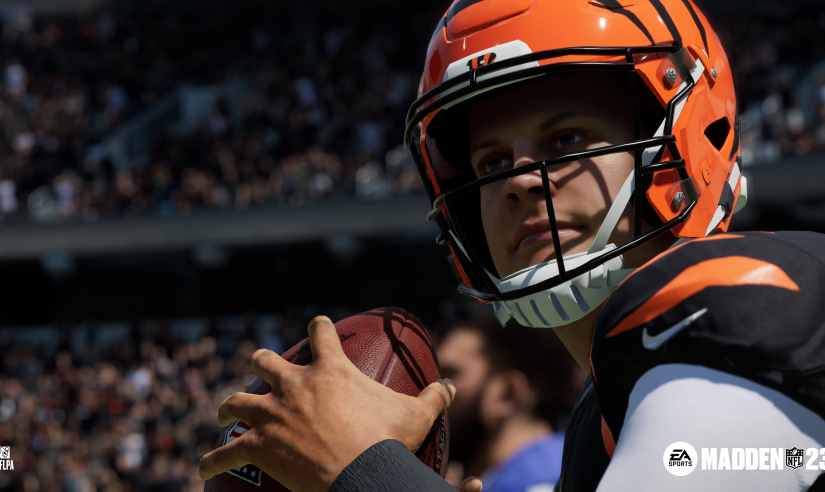 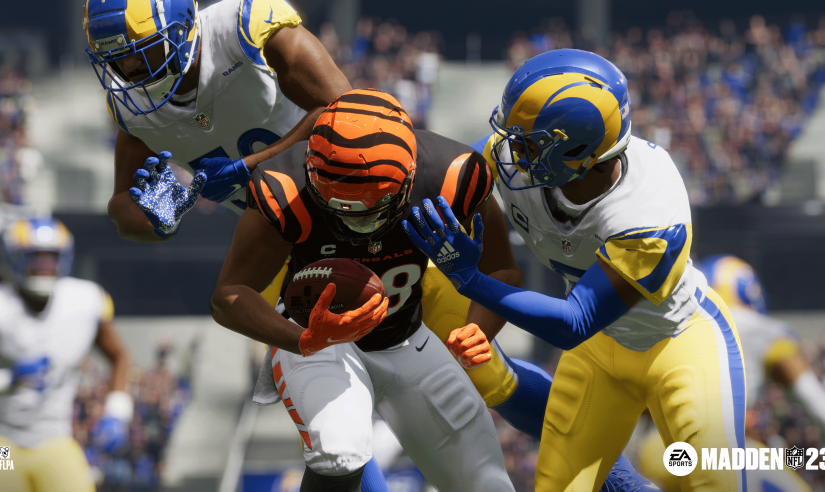 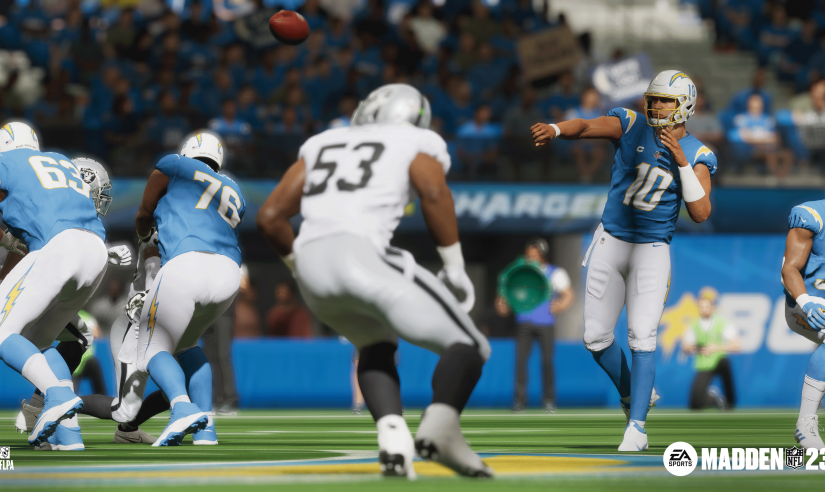 Another new feature is skill-based passing, which features a new accuracy reticle and power meter on screen that puts the player in direct control of the trajectory and power of each pass. Classic passing can be activated if desired, however, when done correctly, this new method gives “surgical accuracy.”

When passing isn’t an option, 360-degree cuts provide players entire control over their movement rather than being restricted to slow-moving “car turns.” Plant-and-go, escape defenders to break big plays, or hard cut and rapidly change direction can all be done with the left trigger/L2 and right stick.

Wide receiver and defensive back move sets have been improved, resulting in more heated skirmishes off the line, and playbooks have been condensed to make it easier to select the best plays for each situation.