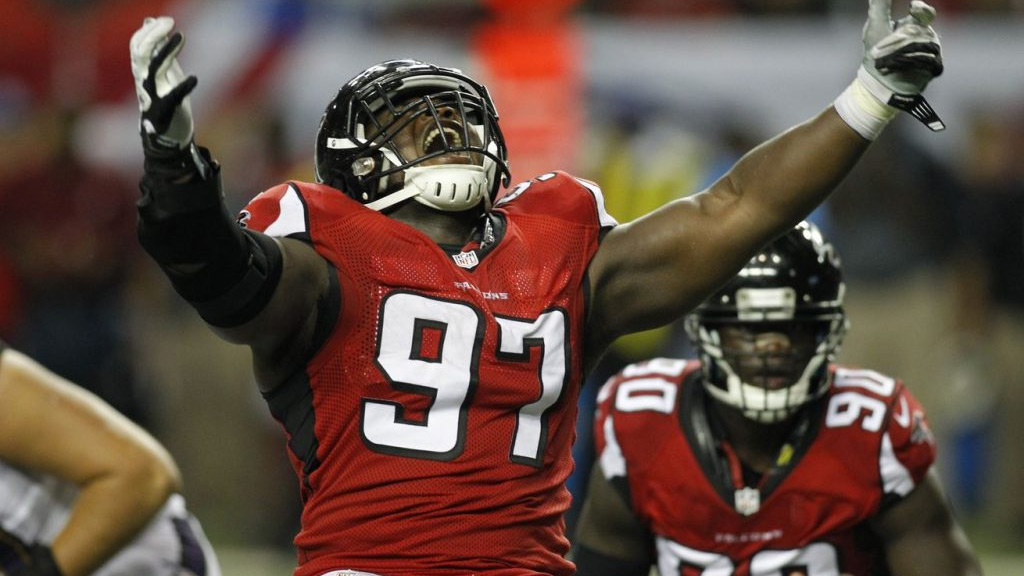 Atlanta, GA — The Atlanta Falcons announced today that they have lost star defensive tackle Grady Jarrett to a dislocated hip. The injury occurred during the game vs division rival Carolina Panthers. Jarrett went in for an MRI and x-rays, but the falcons football club is mum on the injury. when asked about the injury, coach Davis said “we expect Grady to be out for 6-8 weeks. we will miss him, but its a next man up philosophy. we will have Terrell McClain step into the starting role, and our rotation may be a but shorter.”

While not dominating, the Falcons defense will miss Jarrett’s presence. The veteran leadership provided by the defensive tackle will be missed mostly by Deadrin Senat, as Senat has been Jarrett’s under study since being drafted by the Falcons.

Will the defense be able to absorb the loss? We will find out as the arch rival New Orleans Saints are on the schedule next for the Falcons.