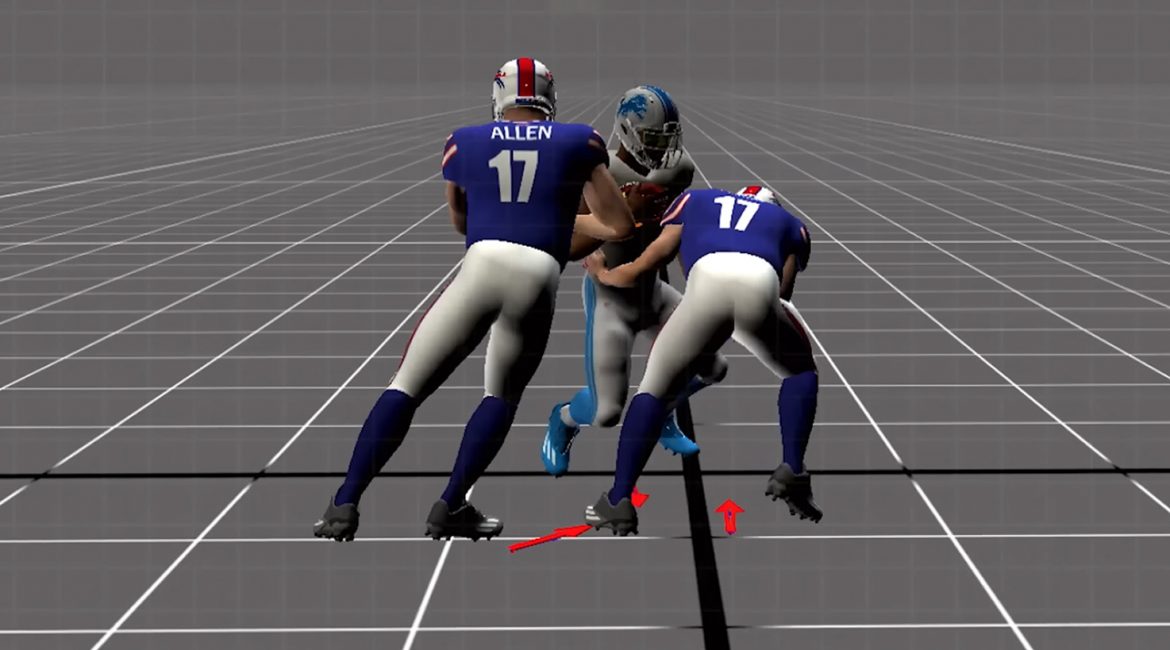 Salem, OR — Unquestionably, this generation has seen Madden NFL get trapped in a rut. The long-running NFL sim from EA has maintained a Metacritic score that has been continuously around 65 since the debut of the Xbox Series X/S and PS5. The critiques have all been the same: a presentation that is unrefined and unappealing, as well as modes that lag behind the competition.

Madden 13, which served as the foundation for the current iteration of the series, is often cited by fans as the reason for Madden’s downfall. Some go much further back. Wherever it originated, the sense of gloom that has crept into reviews, social media, and other places is difficult to ignore. In prior years, EA has disputed that the series is really doing fairly well with the ordinary gamer who isn’t particularly online and that the noisy minority is simply that. They are embracing it this year.

In a recent interview, Madden’s Senior Producer Clint Oldenburg told IGN “As a game developer, especially on a yearly sports title, it’s not as much having thick skin as much as [needing] to have a great filter, because there’s a reason that these players are going to say whatever they’re going to say about the game, and you’ve got to figure out why, and even if there’s a hundred words in there that don’t tell you why, there might be one or two that will tell you why, and that’s what you got to focus on so that you make sure you’re delivering the experience at its core, what those players are asking for.”

Oldenburg and his producing partner Mike Mahar claim to have gone through feedback “line by line,” categorizing bugs and other problems and attempting to separate valid criticism from the typical hullabaloo surrounding yearly sporting events. In reaction to all of this criticism, EA Tiburon has essentially gone back to the beginning. On the surface, it doesn’t seem like an interesting approach, but once you take off all of the typical marketing buzzwords, like “FieldSENSE,” you’ll see what appears to be a relatively basic — and much-needed — rebalancing of the activity on the field.

In other words, EA could finally be shifting away from the elements that have defined Madden for so long and toward something more akin to real football. That feeling that you’re always gaming Madden’s mechanics every time you choose a play or make a throw is at the heart of this movement away from “a little too animation-based” gameplay.

Oldenburg also told IGN – “Our players have told us very strongly, their words, not ours, Madden has gotten a little bit too animation-based, meaning that they feel like they lose control at critical moments and are watching quick-time events, for lack of a better word,”

In Madden NFL lingo, that means switching to an “emergent, organic, and natural” approach from the so-called money plays and formations that take over YouTube every season. The majority of the adjustments have been made to the defense, which now places more emphasis on gang tackles, pass coverage and quarterback confinement.

“I think, from a high level, just the changes we did in deep zone and pass rush this year helps combat the problem of money plays, specifically those deep crossing routes that I already talked about. We added zone drift logic that gives our deep zoners the awareness to not continue drifting up the field if they don’t have a vertical threat so they can leverage that deep crossing route,” Oldenburg makes this statement in reference to a trend that has been incredibly effective over a number of years as a result of Madden’s multiple defensive AI flaws.

Oldenburg also discussed ways to balance out formations like the Gun Bunch, which have long been overpowering because of how readily they can be changed to widen the field and the frequently overpowered QB rollouts used to lengthen plays. “We think we’ve clocked that one pretty good this year,” Oldenburg said.

The impact of these adjustments is supported by the input received so far from the beta. Given how simple it was to move out of the pocket and throw the ball to a wide-open receiver breaking to the corner or the flats in Madden 22, Madden 23 should come as an unpleasant awakening for many players.

“I think it would be, probably, hubris of us to think that some expert level gamer in our community isn’t going to find a glitch in the matrix, so to speak, but we definitely went play-for-play, feedback-for-feedback, with all the stuff we’ve heard up to this point to try to address it,” Mahar told IGN.

In any case, it’s clear that this year’s gameplay rebalance is the main emphasis of Madden 23. It’s crucial because Franchise Mode and Madden Ultimate Team won’t matter how well-executed they are if the gameplay itself isn’t enjoyable.

Whether EA Tiburon can provide a polished game will be the true test. The bizarre errors and problems in Madden NFL have drawn harsh criticism in recent years and are frequently made fun of on social media. In order to do this, Oldenburg claims that Madden 23’s refinement is a “top priority,” “particularly from a gameplay viewpoint.”

“Vision hooks,” which combine bots and other technologies to quickly replicate problematic issues, are being used by EA Tiburon in an effort to find bugs. The Madden team is also devoting more time to repairing issues when they arise in production.

“We are very confident that our game for Madden 23 is going to be the most polished version of Madden that we’ve had in a long time,” Oldenburg said. “What I’m not going to say is it’s going to be perfect, but I am going to say that the team is still striving to reach perfection, as hard as that may be to reach. That is what our goal is. Polish is our top priority, and we know that we cannot reach our goals if our players believe that our game is a buggy experience.”

Face of the Franchise and PC

While arcade modes like The Yard are receiving just basic changes, Face of the Franchise, Madden’s tutorialized story game, is removing components like its college football mode. Instead, resources are being directed toward reworking free agency in Franchise Mode.

Meanwhile, PC players continue to get the short end of the stick. An EA official said when asked why the PC version isn’t keeping up with console releases, “A dedicated set of our gamers plays Madden NFL on PC. Our team is working hard in the future to make the PC version of Madden similar to the ones for the current generation.”

Later this month, Madden 23 will be released, marking EA’s most recent effort to establish the game on the current system generation and revive its tarnished history. When Madden 23 enters early access on August 16, fans will be able to judge for themselves whether it is a success for them.