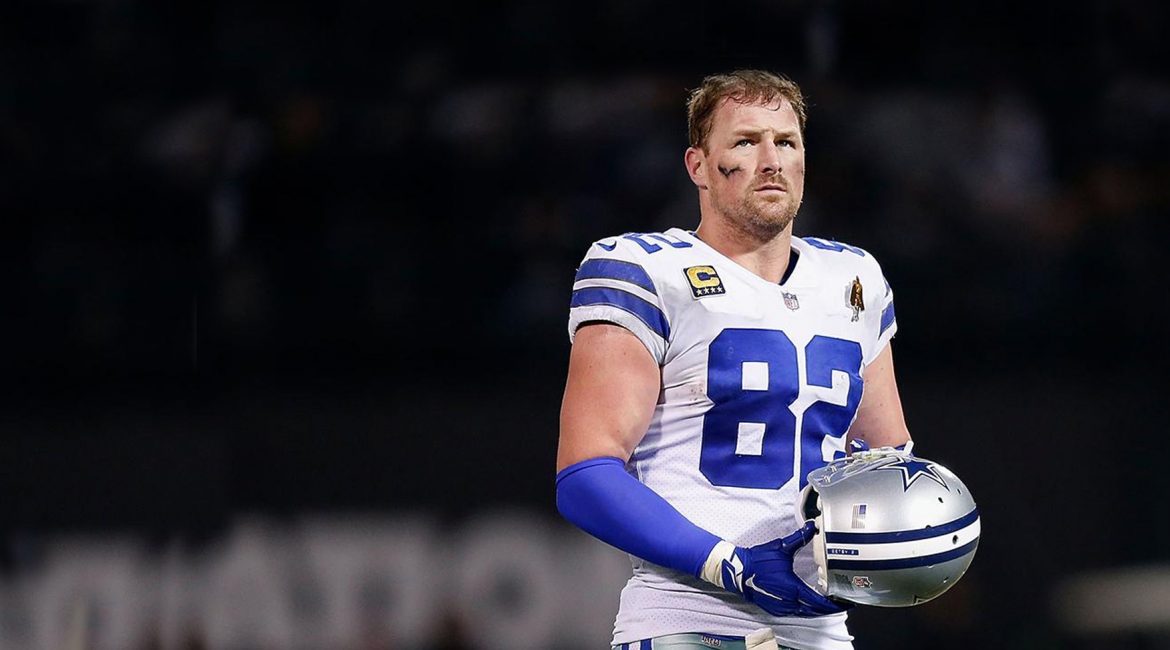 Jason Witten will, in fact, hang up his cleats.

The Dallas Cowboys‘ all-time great informed Cowboys owner Jerry Jones that he will retire to join the Monday Night Football crew, as first reported by Mike Garafolo and Ian Rapoport.

A teary-eyed Witten, alongside Jones, and plenty of current and former teammates, announced the news Thursday afternoon during an emotional news conference at The Star in Frisco.

“There’s an old saying in pro football: The circus doesn’t stay in town forever,” Witten said. “And when you’re young, I think it takes on a meaning that, when your opportunity comes, grab it. And as you get older, I think you realize there’s a deeper meaning. No man knows when his time has come to walk away. And I’m no different. It’s been said, whether right or wrong, it’s better three hours too soon, than a minute too late. The man who insists on seeing the perfect clearness before he decides, he never decides. Accept life, and you cannot accept regret.

“After much self-reflection, prayer and faith, today I’ve decided that the time has come for me to pass the torch to the next generation of Dallas Cowboys and retire from the National Football League.”

Witten’s decision comes six days after it became known the future Hall of Famer was expected to retire and join the booth. The tight end reportedly debated the decision over the weekend, with the Cowboys’ brass attempting to convince him to return for one more season.

The 35-year-old, however, ultimately chose to immediately transition into one of the best TV jobs in sports.

Witten ends his career as one of the best tight ends in league history.

Witten’s retirement leaves Dallas with young question marks at the tight end position in Rico Gathers, Blake Jarwin and Geoff Swaim. Losing the franchise stalwart also takes away a locker-room leader for a team in transition.

With Witten picking up a MNF mic and the Cowboys jettisoning Dez Bryant, it really is a new era in Dallas.