Chiefs and Tyreek Hill agree to a 5-year extension 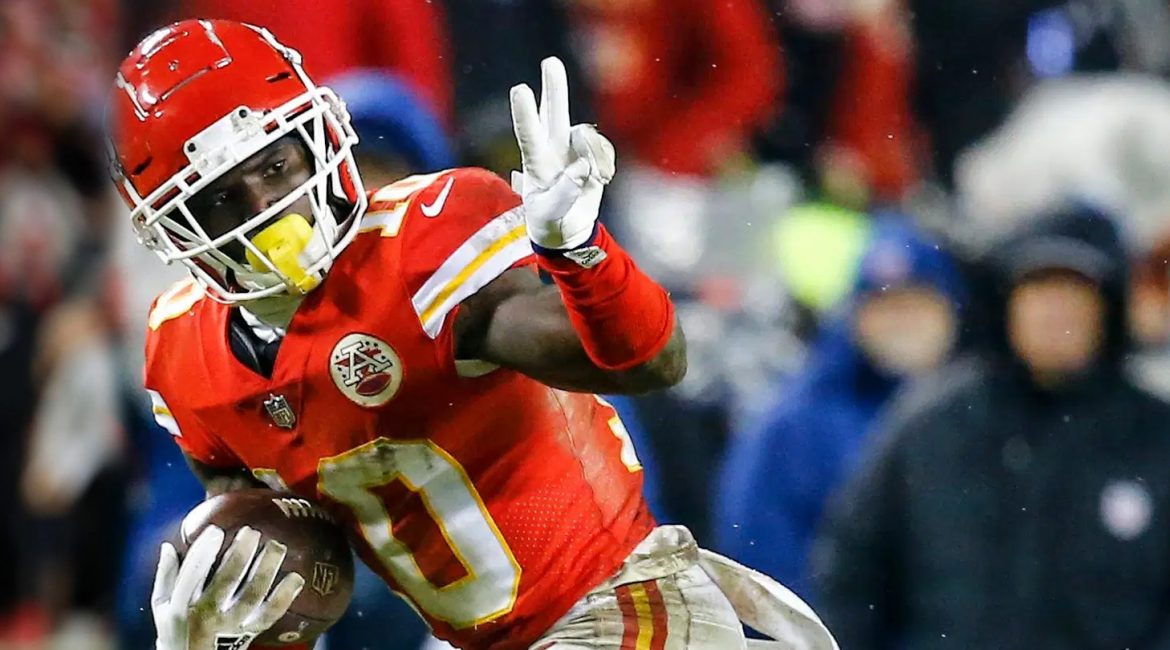 Kansas City, MO-  The Kansas City Chief’s and wide receiver Tyreek Hill have agreed to terms on a 5-year extension worth $117 million.

Arguably one of the best receivers in the league, it’s certainly not a surprise they found a way to pay Hill. He has the ability to take over the game any time he steps onto the field, none more evident than week 3 against the Indianapolis Colts where he went for over 300 yards on 7 catches. “I’m so glad we were able to resign Him, he’s a huge part of our offense and a big part of the 3 S philosophy we’ve been trying to preach.” Said Chiefs coach Mark Miller.

The front office had to find ways to make sure they had enough room this season knowing Hill would be expecting a monster deal, they decided to make some tough decisions in the previous seasons, by trading key veterans Schwartz, Fisher, and Kelce to various clubs, while letting Tyrann Mathieu go via Free Agency. They were then able to focus on drafting solid young players that could contribute immediately to help soften the loss of key personnel.

With at least two solid wins with the first two draft picks in C Brian Rushing and FS Jose Bell, along with some solid later round picks on the defensive line, it’s looking like the strategy is paying off and only time will tell to see where this past seasons draft ends upgrading out. Up next on the agenda will be trying to find enough money to keep, if not all three, at least two of the three SS Juan Thornhill, WR Mecole Hardman,  and CB Tavon Young.