2K Online Franchise > News > Team News > And then there was one. Colts only team left with a perfect record

And then there was one. Colts only team left with a perfect record 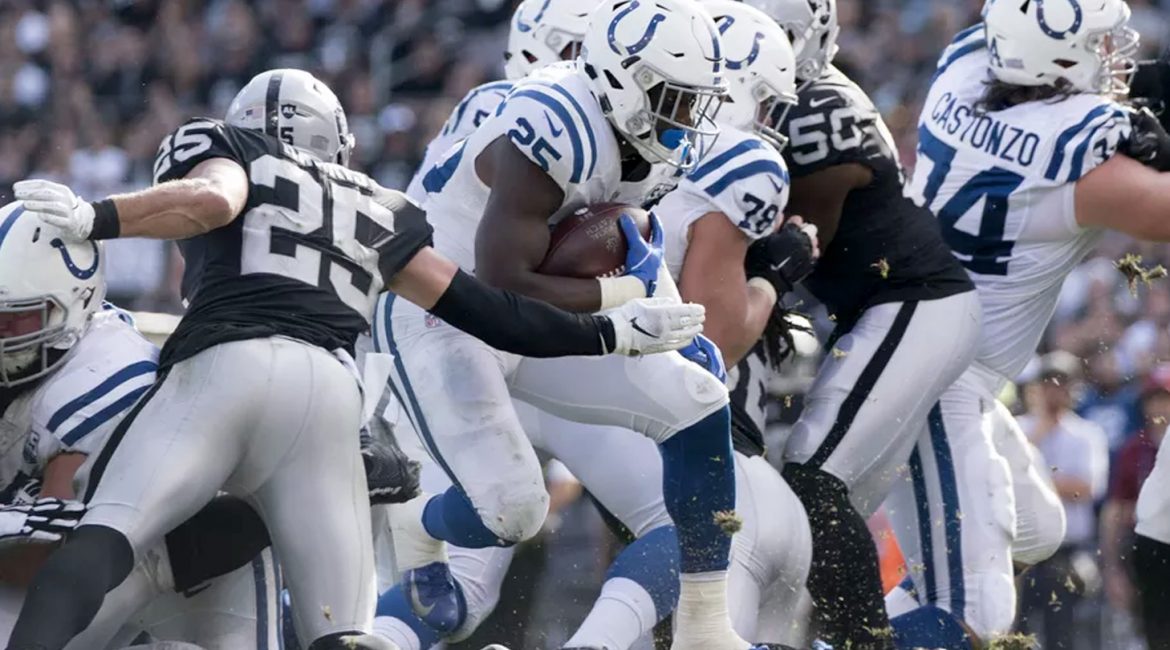 Indianapolis, IN — After 8 weeks the Indianapolis Colts are the only team standing with a perfect record. This week 9 of the season is their BYE week, which is the perfect time for the team to relax and go over different new plays and help the new acquisitions in this season to learn the playbook.

Last week, the Colts won 31-0 against the Oakland Raiders, new acquisition Bashaud Breeland help in the secondary and provided a new and helpful look for to go one-on-against opposing receivers.

Jarrad Davis had a big game with the Colts with 1 interception and a sack. Golden Tate contributed with a good performance and helped moving the ball on the field. But the players who had an excellent game were T.Y. Hilton with 2 touchdowns and Marlon Mack with 150 yards running and 1 touchdown making him the top running back in the league.

Mack is having himself a breakout season being the #1 RB in Yards and Touchdowns and #3 in touches. He is being mention in the MVP voting as well as his fellow teammates Golden Tate and Andrew Luck.

After the BYE week, the Colts will have to face the Jacksonville Jaguars in their week 10 match-up. Would be an interesting game to watch, two top defenses against each other and with the Colts trying to keep their winning record, everyone would try to defeat them at all cost.

Coach Alvarado said “I’m really excited to face our next opponents. We finished the first half of the season with an incredible record that we would want to maintain and keep things rolling. We have a great fan base and a great team that want to win and are hungry for success”.