49ers take on Packers in playoffs for second straight season 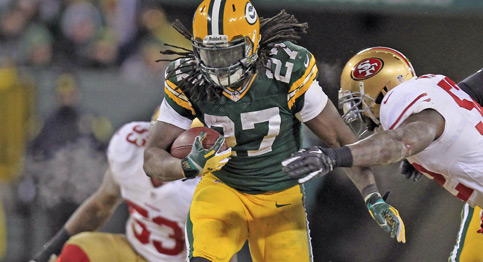 Green Bay, WI — At the start of the season the Green Bay Packers were set on one thing, to return to the playoffs and if things aligned get a shot at redemption against the team that eliminated them last season. You can put a check mark on both of those goals. The Packers finished the regular season with the best record in the league 14-2, which not only gave them a first round bye, but also home field throughout the playoffs.

The San Francisco 49ers defeated the Buccaneers last week in an exciting Wild Card game that went into overtime.

The Packers finished the regular season on a three game win streak. Their only loss in the past five games was in week 14 against the Seattle Seahawks and their only other loss was in week 8 against the Atlanta Falcons.

With their win last week, the 49ers are officially the hottest team still alive as they extend their win streak to six. The 49ers were one of three teams to enter the playoffs on a five game win streak, the Buffalo Bills and the New England Patriots were the other ones, and both were unable to make it out of the wild card round.

The Packers last took on the 49ers in last season’s Wild Card match-up. In that game it was the Packers who were on the road. Aaron Rodgers threw over 250 yards, one touchdown and one interception, while Eddie Lacy ran for 71 yards. In the end, it was the 49ers who came away with the 12-14 win.

Coach Nguyen knows he must have his team ready if they are to advance to the NFC Championship and with a less than stellar road record, the 49ers must come out and be ready to play at the start of the game.

Coach McCarthy has had great success in the regular season, but in the postseason they have never advanced past the divisional round. If they can get their running game going and not allow the 49ers to take that aspect out of their game plan.