Six players on the move in Bills and Falcons trade 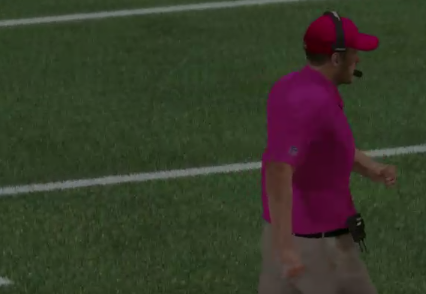 Atlanta, GA-The Falcons announced this morning that they have negotiated a trade with the Buffalo Bills that will send middle linebacker Paul Worrilow, receiver Eric Weems and  defensive end Adrian Clayborn to the Bills.  The trade will bring quarterback E. J. Emanuel, receiver Marquise Goodwin and corner Justin Gilbert to Atlanta.

The genesis for the trade apparently was quarterback Matt Schaub’s performance in new coach, Rocky Rynchek’s first game.  Sources in the Falcon locker room verified a very heated confrontation between the veteran and the new coach.  Schaub came in early in the game for injured Matt Ryan who will be out at least two more weeks.  Acting within his additional duty of GM Rynchek initiated the trade the following day.  Schaub’s performance where he had a 6.2 rating, 6 for 16 passing, three picks and a perceived disregard for the ball infuriated Rynchek.

The trade will bolster a depleted receiver corps, provide a speedy returner and add a solid young CB to the Atlanta defense.  Emanuel is expected to start against the Broncos this week essentially becoming Ryan’s backup.  There was a rumor surfacing that coach Rynchek might be grooming Emanuel for the starting position.  Matt Schaub, barring any other QB injuries has probably played his last game as a Falcon since his contract is up at the end of the season.