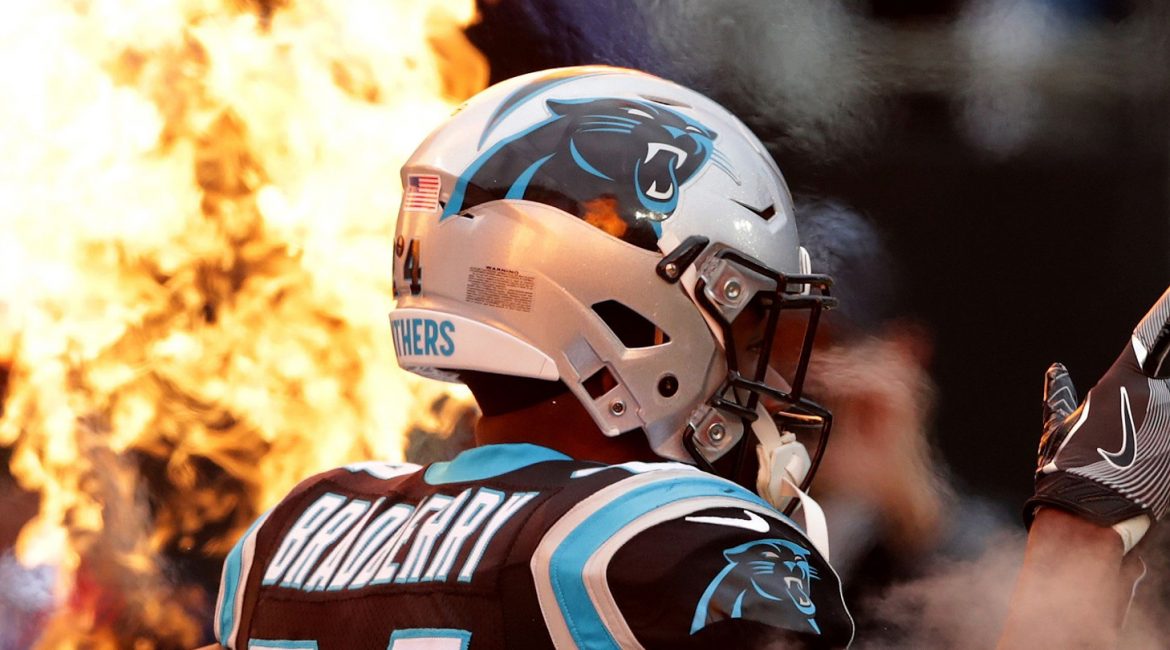 Charlotte, N.C — What a roller coaster final month of the season! The Panthers went from NFC favorites to NFC has beens, they were able to endure a late season 3 game losing streak that put there playoff life in jeopardy. During there 3 game losing streak the Defense, which has been the teams strong point all season, Gave up a total of 98 points in those 3 games. Giving the offense a tough task of trying to score on every drive and putting Cam in a tough spot trying to do to much. It showed too, he came into week 14 with 12 interceptions and in a 3 game span he threw 5 picks, his worse stretch of the season by far. He was having an MVP type season, but that was derailed, just like the playoff hopes going into the final game. ” It was tough seeing the opposing team go up and down on us every drive during this streak, at times I would say I did try to do to much during that losing streak, but i’ve seen this defense carry us on offense when we struggled so i was just trying to return the favor. For this final game of the season, I wanted to let them know I had there back. If they scored 40, we were scoring 41! We deserve to be here! Now hand me that bottle.” Right before he showers the locker room with Champagne. “Shoutout to D.J that boy better win ROTY, if he doesn’t, ill be calling commissioner Perez no doubt!”  Boy did he put on a MVP type performance today though, going into the rowdy Mercedes Benz Super dome with the teams Playoffs hopes riding on this final game of the season, he went 21/31 335 yards 1 touchdown to go along with 67 yards rushing with a TD as well. That’s the type of performance you want to see from one of your team leaders.

Rookie D.J Moore has been the main benefactor of Cams MVP type of season, he sits as one of the favorites to win not only ROTY, but best WR in the league as well. He has really turned it on after the Panthers traded away WR Devin Funchess earlier in the year, a move that left many fans scratching there heads. No one knew how the Wide Eyed Rookie would respond, but boy did he. He has posted Multiple 150+ games along with multi TD games, with his Career high of 218 yards coming in week 13 vs rival Tampa Bay. For the year he finishes with 1376 yards to go along with 12 tds. He passed Randy Moss, for third on the all time rookie receiving yards in a season beating his season 1,313 yards, by 43 yards. We got a chance to talk to the rookie about his first postseason opportunity in only his first year after the game. “Yo, I heard that Cam. He’s a damn fool haha, Love him though. I don’t even think about those awards to much, ya it would be nice, but I really wanted to do whatever it took to help us get into the post season. If that meant staying to to help block or running more short and intermediate routes, then so be it. I’m a team player and am looking to win first and foremost.” How’s it feel to know you just passed Randy Moss. “Wait, WHAT! No, way. That’s crazy, i’m pumped to hear that, I mean what receiver doesn’t want to be mentioned with the Great Moss, I guess ill have to start telling the team Straight Cash Homie every time I score hahaha.” What happened, when did you finally realize you belonged here and you could become a true number 1? “After that trade for sure, I got a big boost of confidence knowing that the entire franchise and coaching staff trusted me enough to go ahead and trade their established number 1 and give me a shot. After that I really started focusing and working on my craft for sure.” After that trade he amassed a whopping 1,131 yards on 34 receptions while only dropping 9 passes, which was only 3 less then he had the first 6 weeks of the season.  I’m not sure if this offense turns the corner if they keep Funchess as the number 1 and leave Moore down on the depth chart.

The Defense which has been hemorrhaging yards and points leading up to this contest knew they had to put a stop to this potent offense, which 2 weeks earlier dismantled them, Drew Brees threw for an astounding 448 yards and 3 tds  leading them to a 37-27 victory.  Coach Miller knew he had to change up something, but did he for this game? “Ya, we changed up our defensive scheme for this game, maybe i was being stubborn during that losing streak and I didn’t make as many adjustments of changes as i needed,but i decided to try Byron in SS knowing how well he has played there before, and I decided to have outstanding rookie Donte Jackson, stay mainly as the slot corner. It seemed to work, we held them to only 20 points, Brees still did throw for 340 yards or something like that, but he’s always going to get his. It certainly helped having Kamara go down early in the game, not having to worry about him was a very nice change.” If the defense can play the bend but don’t break style of defense and get some timely turnovers they’ll have a good shot at going far with how well the offense is playing this season.  It hurts they’re missing Short, who was having an outstanding season along side of Addison, but maybe they figured out how to play defense without him finally.

It wont be easy returning to the Super Bowl as they have to take on MVP candidate Carson Wentz and the Eagles, who beat them earlier in the year 22-13. The offense has surely gotten better since last time they met, but so has Carson. Going up against a weakened Panthers defense, the offense will have to be firing on all cylinders and try to keep the Eagles offense off of the field as much as they can. Coach Miller might have to talk to Cam about either taking less chances running or when he does decide to take off, to slide more often, one of the big issues for this team has been Newtons inability to hold onto the football while running it this season for some reason, he has 11 lost fumbles on the season. He’s been doing a pretty good job on keeping the interceptions down as he ranks in the bottom half of the league with 17 thrown on 432 pass attempts.