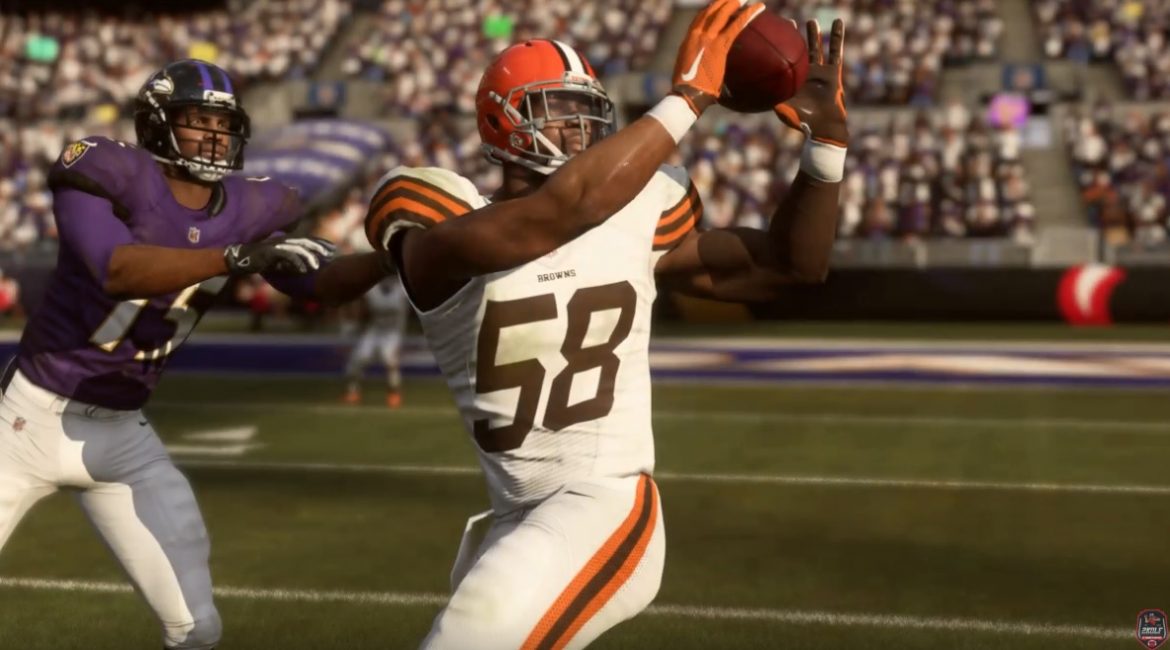 Cleveland, OH — In their first division game and first road game of the season, the Cleveland Browns defeated the Baltimore Ravens 28-12. What was expected to be a bruiser math-up, became a dominating game by the Browns. If it was not for several Browns’ penalties, the score could have been much higher.

Baker Mayfield had a stellar performance as he passed for 290 yards on 14-19 attempts. He threw for three touchdowns and had a forced pass picked off. Mayfield finished the game with a quarterback rating  of 133.2. The three touchdowns thrown by Mayfield went to star wide-out Jarvis Landry. Landry finished the game with five receptions for 183 yards. All other receivers had two receptions or less. The running back crew continues the streak of rushing for 100 yards or more. Duke Johnson Jr. led all Browns running backs with 56 yards on 15 attempts.

On defense, the Browns had another game with multiple sacks. Lamar Jackson was sacked twice; one by Jabrill Peppers and another by Myles Garrett. The defensive highlight of the game came when linebacker Christian Kirksey picked off Jackson and returned it for 48 yards.

On another tidbit of Browns’ news, rookie punter Patrick Sheppard still has not kicked a field goal. However, he was a perfect 4 for 4 on extra points. Sheppard remains perfect as he has been 20 for 20 extra points.

The Browns will have an exciting match-up as they face the defending 2K Super Bowl Champs, the New England Patriots. The Browns last faced the Patriots last season in the 2K OLF AFC Championship (Season 13) when they fell short 6-10. The Browns will be looking for payback as they return to Foxboro.