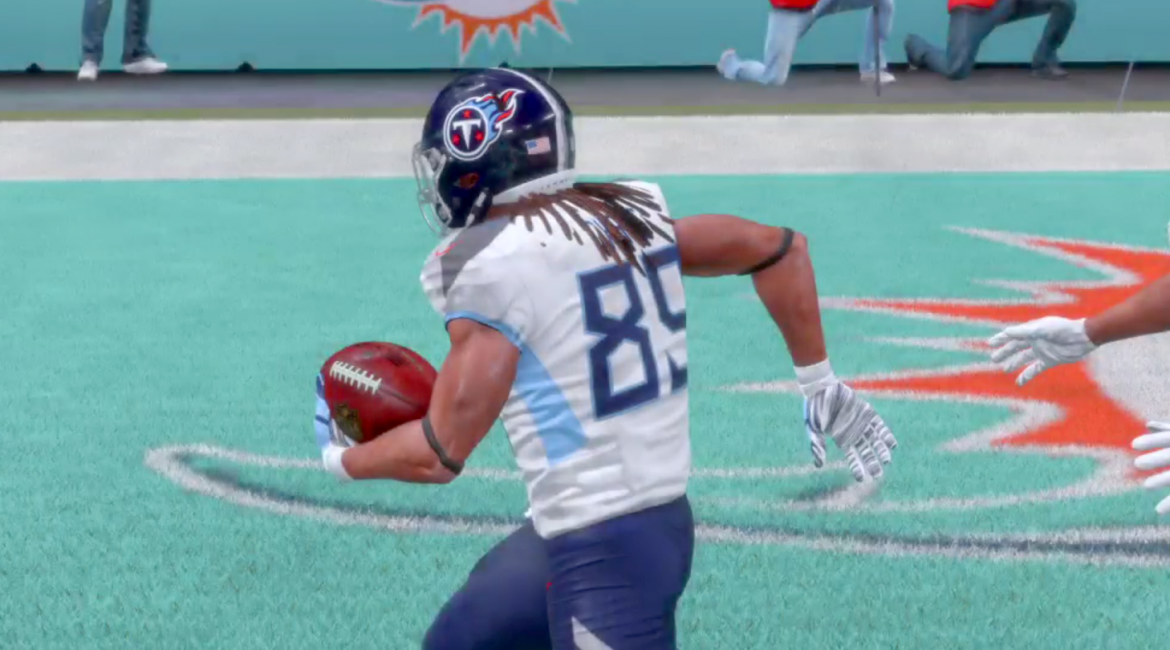 Miami, FL – “The rain was coming down so hard and hitting me in the face I couldn’t see anything so I just kept running.” said Tennessee Titans kick returner Cameron Batson as he raced up the field 93 yards for a touchdown that would put Tennessee over the Miami Dolphins, 31-26.

A pounding rain would limit both teams offenses throughout the game. The passing effort by Marcus Mariota was hampered early as a wet ball sailed on the Hawaiian gunslinger resulting in the only interception for the day. Mariota would finish the game 15 of 21 for 187 yards with two touchdowns accompanying the lone pick. Tennessee kept with the theme of late by using running back Derrick Henry as a bell cow to grind down the opposing defense. Henry would carry 30 times for 169 yards marking his third game in a row with over 25 carries and 160+ yards rushing. The lone rushing touchdown of the day for the Titans however would go to the speedy rookie wide receiver Lamarcus Chris who took a jet sweep from the ace formation 13 yards and in for the score. While Titans secondary would continue its messy habit of giving up big plays as it allowed 123 receiving yards and 2 touchdowns to Devante Parker on just 5 receptions, the linebacker core was able to swipe two turnovers off Miami QB Ryan Tannehill.

But the final turning point of the game would come following a Dolphins touchdown with eight minutes and thirty-four seconds remaining that put the home team up 26 to 24 with the PAT pending. It was then that Tennessee defensive tackle, and all around big man, Daquan Jones would burst through the line and was able to get a paw up to stop the extra point try leaving the Miami lead at only 2. The play clearly energized the  Titans sideline as it meant a field goal would win the game. There would be no such attempt however as Batson saw the rain soaked Miami field part before him on the ensuing kickoff and took it to the house for his first kick return touchdown of his career. With the score now 31-26 the Titans defense held Miami to there own side of the fifty and a punt back to the Titans offense with six minutes and fifty-nine seconds left in the game.

At this point, everyone in Miami-Dade County and watching around the globe knew the Titans plan: Let Henry grind this one down. The following 11 plays would result in Tennessee forcing Miami to burn all three second half timeouts as Henry carried nine times, and Mariota only putting it in the air once to Delanie Walker for 5 yards. Dion Lewis would add the other rush for 13 yards. With no timeouts and Tennessee now standing on the Miami 3 yard line, the remaining time was kneeled out. Tannehill when asked about the final drive just shook his head, calling it the “Most frustrating 4th quarter of my career so far…”.

The Titans are now 3-0-1 on the season and will continue their massive road trip to start the season by heading to California to face the Los Angeles Chargers next week. Miami will stay at home to host the Cincinnati Bengals.