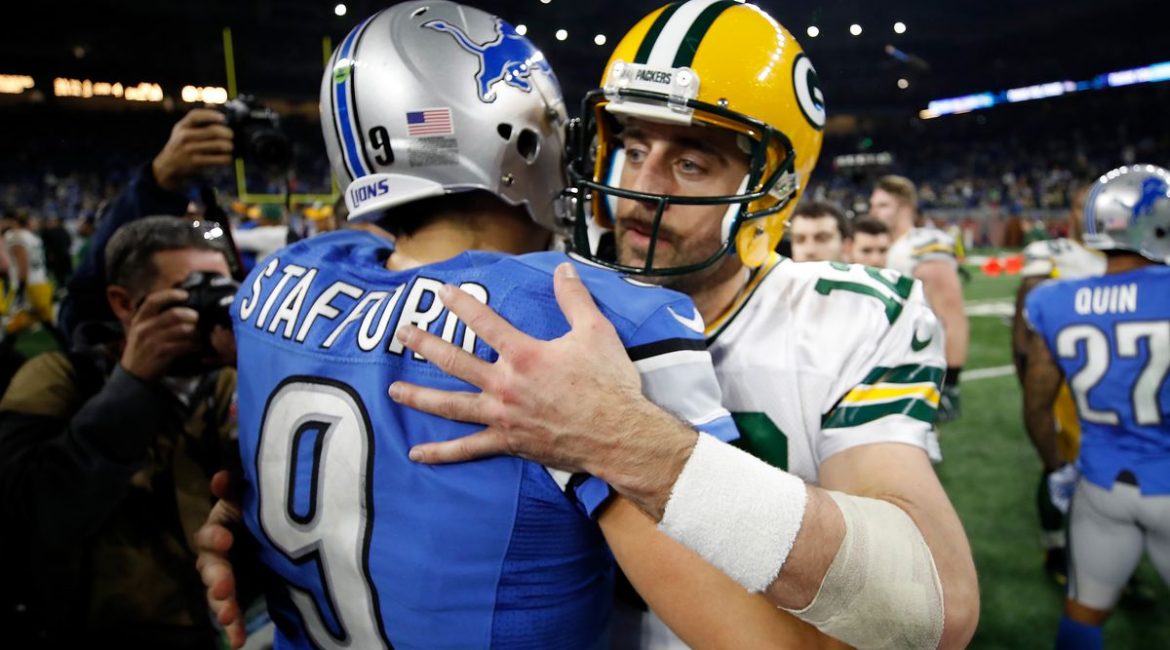 DETROIT, MI – Stunned. That’s the emotion coming from the Detroit Lions locker room and the sheer look on every fan’s face at the Ford stadium.

Although the score reflects only a 19-8 loss to the Green Bay Packers, the Lions only touchdown came late in the game with just seconds remaining in the fourth quarter. That’s the story of this game, the Lions couldn’t get nothing going offensively.

Let’s begin the Lions stellar running game up until this point. Green Bay held the team to just 50 yards rushing offensively. Detroit got stuffed nearly every hand off, which ultimately led to Matthew Stafford trying to force plays down the field with his arm, instead of setting up natural play action passes.

Here’s what Lions running back LeGarrette Blount said on his team’s rushing today.

“We have to help out Stafford and own team by running the ball correctly. We didn’t execute the way we wanted to and that showed in our play. We already know coach expects a lot of our rushing attack this year and we just can’t play like this again.”

It seemed as if Stafford was playing hot potato with the ball all day as he threw 4 picks to this aggressive Green Bay secondary. His erratic throws proved to be very costly in this huge division rival match up against the Packers. With little help from the rushing attack, Matt had to force a ton of plays down field to keep his team in the ball game. Following the Golden Tate trade, Stafford looked like he missed his star wide-out out there on the field.

“I made some tough throws out there today and I take full responsibility for this loss. I know this is a team sport but my team expects a lot out of me as their leader and I just need to deliver when it’s necessary. I’m gonna go home, look at film with coach early tomorrow morning and try to get us a win next week against the Chargers.”

“We have to be better executing our game plan. We were simply outworked out there and the early mistakes proved costly in this outcome. We expect a lot from Stafford, and a lot from these wide receivers, but none of that happens if our o line doesn’t execute their blocks and if our rushing attack isn’t hitting those holes correctly. This was a tough loss although but we’ll bounce because that’s what winners do, and that’s what’s necessary to play in Atlanta at the end of the season.

This was a tough loss by the Lions and just a great win by the Packers. This should be the chip on the shoulder that Detroit needs going forward if they want to end the drought of not appearing in the Superbowl.