Redskins get payback win against the Giants 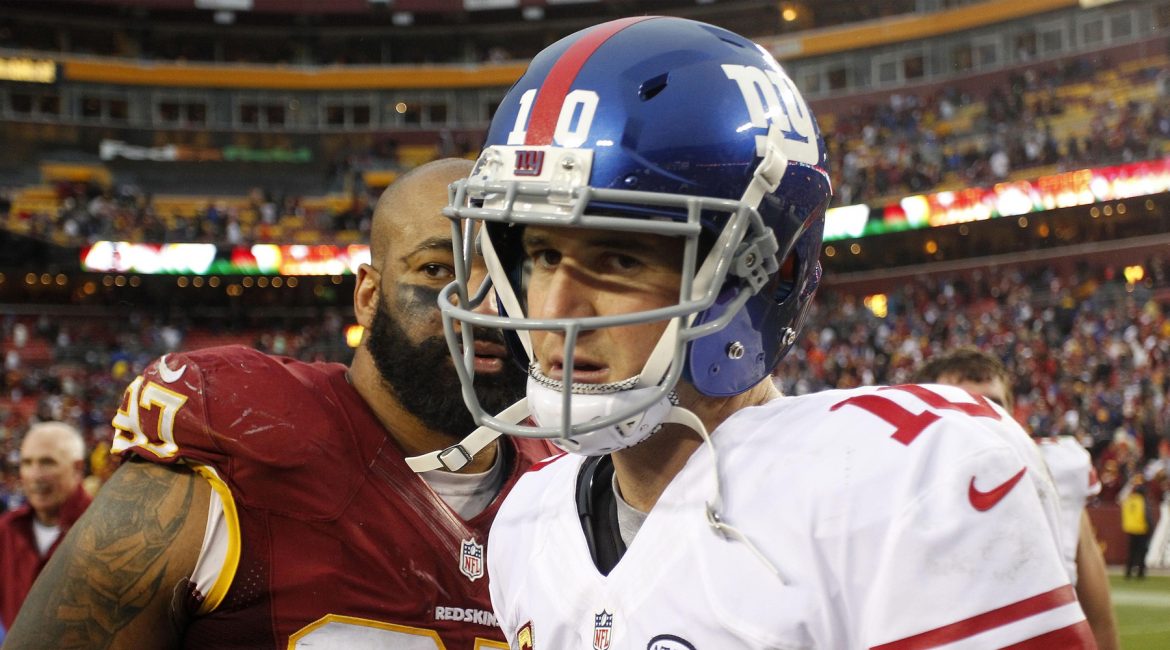 Hyattsville, MD — It’s been three weeks since the improbable comeback win by the New York Giants versus the Washington Redskins happen and this time the Redskins made sure not to let history repeat itself.

It was a defensive game as both teams struggled to move the ball for much of this game. Eli Manning had his lowest statistical game of the season as he threw for 187 yards, his second lowest this season, his 45.9% passing percentage and 50.1 quarterback rating were the lowest this season. He also thew zero touchdowns, the first time he hasn’t found the back of the end-zone this season. “You have to give [the Redskins] credit.” said Manning “They played a great game today, we beat them on our home turf and they beat us here. That’s just how it goes sometimes.”

For the Giants, they better hope this “sometimes” is not a trend they will continue. Although the Giants have lost two in a row now, they’re still in a better position then they were a season ago. At this time last season, the Giants were in a deep hole sitting at 1-4. “We want to win every game, especially division games. But, today we just didn’t get that done. I’ll make sure to have this team ready for the next one.” said Giants head coach Jeff Jarin.

The turning point in this game came with just eight seconds left in the second quarter. The Giants were looking to tie the game at three with a 43 yard field goal, kicker Aldrick Rosas line up for the kick and just as he went to make contact, Redskins corner back Zack Sanchez came off the line perfectly and managed to jump across the path of Rosas’ kick. The ball was then picked up by  strong safety Su’a Cravens who took it back 60 yards for a touchdown. The touchdown would prove to be the game winner as the Giants weren’t able to get more than 6 points in this one.

The Redskins will travel to Florida next week to take on the Tampa Bay Buccaneers, while the Giants will have a huge game against their other division rivals, the Dallas Cowboys.