Raiders plan to suspend Brown after argument with GM Mayock 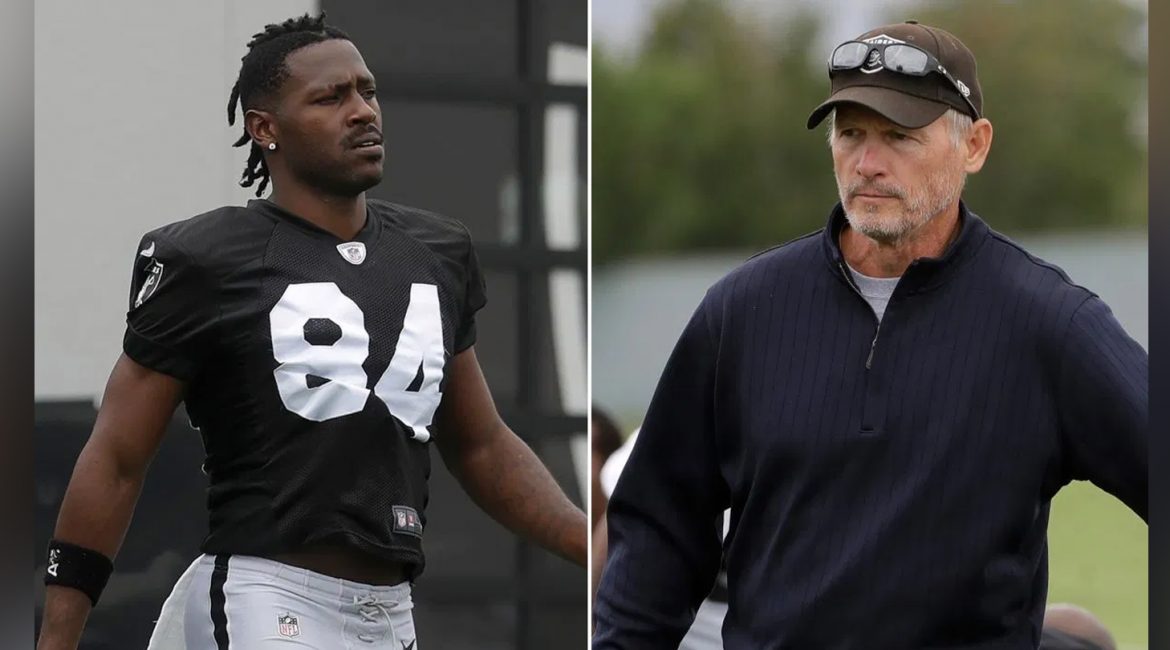 Oakland, CA — Following yesterday’s post in which Antonio Brown uploaded a picture to his Instagram account displaying a letter from Oakland Raiders general manager Matt Mayock indicating that he is being fined about $54,000 for missing time during training camp, Adam Schefter is reporting that the Raiders are planning to suspend Brown.

The suspension stems from an alledged alltercation between Mayock and Brown in which they got into a heated exchange with Brown threating to “hit him in the face,” according to Ian Rapoport.

More on #Raiders WR Antonio Brown and Mike Mayock yesterday: It did not get physical, sources say. But after a screaming match, Brown told Mayock that he would hit him in the face and then punted the ball… and said, Fine me for that. 💸💸💸

11:19 am PST – Mike Mayock gave a 15-second press conference about the ongoing drama with the superstar receiver.

#Raiders GM Mike Mayock at his press conference: “Antonio Brown is not in the building today. He’s not going to be practicing. I don't have any more information. When we do, I’ll get it to you. That’s it for today."

12:35 pm PST – According to independent reporter Dov Kleiman, Antonio Brown has unfollowed the Raiders on Instagram.

Update on Antonio Brown, in case you were thinking things will calm down.

1:00 pm PST – More details are coming out about Brown’s and Mayok’s altercation. Reports are that players had to step in and separate the two. This is a serious allegation, as the Raiders could use this to void Brown’s 30 million dollars guaranteed signing money.