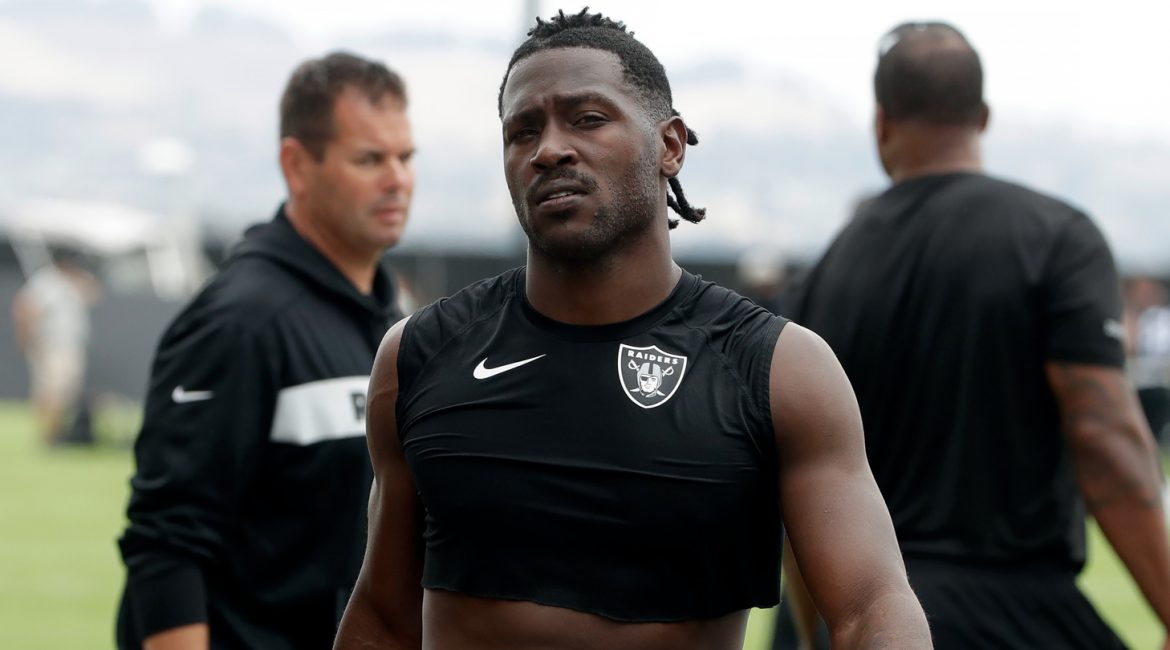 Oakland, CA — Oakland Raiders wide receiver Antonio Brown posted on social media a letter he received from the team that detailed about $54,000 in fines for missing time during training camp.

ICYMI, here's what Antonio Brown posted this morning on his Instagram story, showing displeasure with being fined by the Raiders for missing part of training camp. https://t.co/Jb2Va3cBt6 pic.twitter.com/OCzB2CFyOF

Brown’s response: WHEN YOUR OWN TEAM WANT TO HATE BUT THERE’S NO STOPPING ME NOW DEVIL IS A LIE. EVERYONE GOT TO PAY THIS YEAR SO WE CLEAR.”

The letter, posted by Brown on Instagram on Wednesday, was from Raiders general manager Mike Mayock, who informed Brown that he was being fined $13,950 for missing a walk-through on Aug. 22, an unexcused absence. Brown was with the team in Winnipeg for a preseason game that day, and although he may have missed the walk-through, he did participate in pregame warm-ups and ran routes and caught passes from quarterback Derek Carr.

The letter also mentions that the team previously had fined Brown $40,000 for missing camp on Aug. 18 — the day the GM issued his ultimatum to Brown, saying, “It’s time for him to be all-in or all-out, OK?”

Mayock also advised Brown that should he continue to miss mandatory team activities, including practices and games, the Raiders reserved the right to impose additional fines and discipline.