McCoy signs with the Chiefs after shocking release 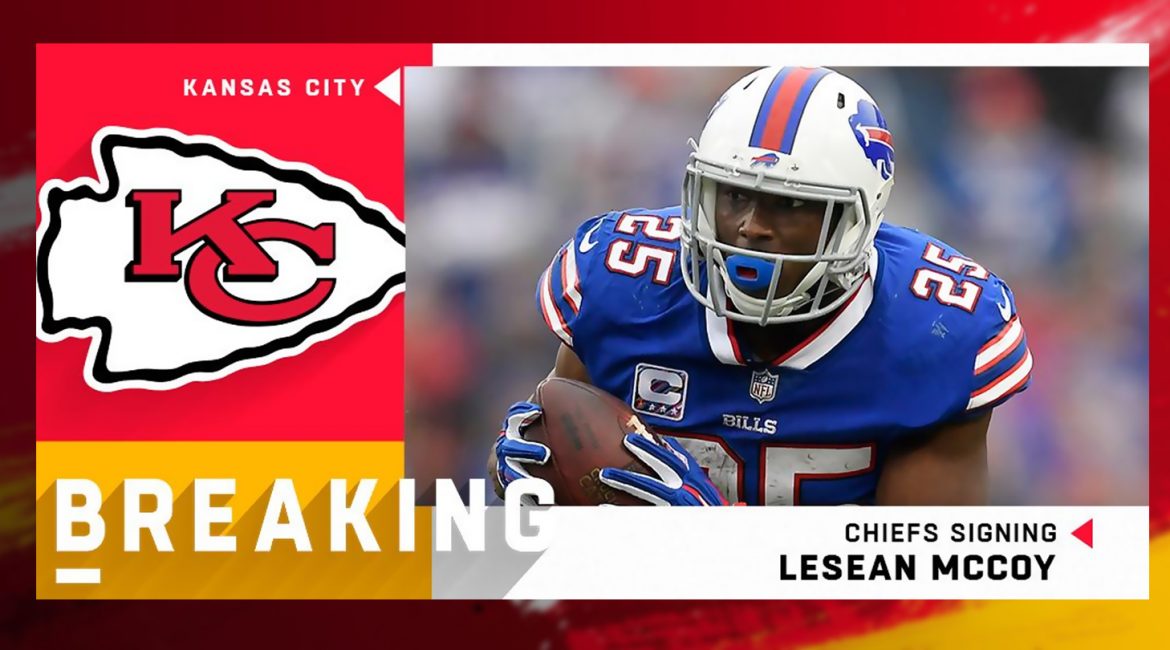 Kansas City, MO- In a shocking move today the Buffalo Bills released veteran running back Lesean McCoy. Of course, it didn’t take long for teams around to league to look into acquiring the star runner. ” I’m excited to announce the Kansas City Chiefs have signed McCoy to a 1-year deal worth up to 4 million dollars,” Chiefs coach Mark Miller said during the team’s press conference. “Anytime a special player like McCoy is availabe you hope your front office can go out and make a move and that’s just what they did. This move will certainly shake up our running back depth chart, it’s certainly a good problem to have.”

It seems everyone is excited to add a player of McCoy’s caliber right before the season starts. ” I can’t wait!” Mahomes had to say ” Shady has been a constant professional his entire career and I feel blessed to be able to learn and play with him actually, can’t wait for week 1.”

Now this move does come with some risk as McCoy is now 31 and has plenty of wear and tear on his body, but the coaching staff will see if they can get one more solid year out of the 6 time pro bowler and utilize him as a true 3 down back, which seems to be a dying breed in the league these days, all while using Williams to give him a rest.

It’s crazy to think that one of the most explosive offenses just added another player that could potentially change the game anytime the ball gets into his hands. After this signing, the Chiefs seem to have a log jam at the running back position and it wouldn’t be surprising if they part ways with the veteran back Carlos Hyde, who we have been told has been on the bubble even before this signing. It’s been rumored that a couple of teams have been calling about Hyde, but the Houston Texans seems to be the most likely place for Hyde to land after hearing they would be without Lamar Miller for the season after he suffered torn ACL in the 3rd preseason game.

McCoy is expected to be signed and ready for the Chiefs season opener against the Jacksonville Jaguars.