2K Online Franchise > News > Game Of The Week > Falcons soar over the Panthers 32-10 to take command of the South.

Falcons soar over the Panthers 32-10 to take command of the South. 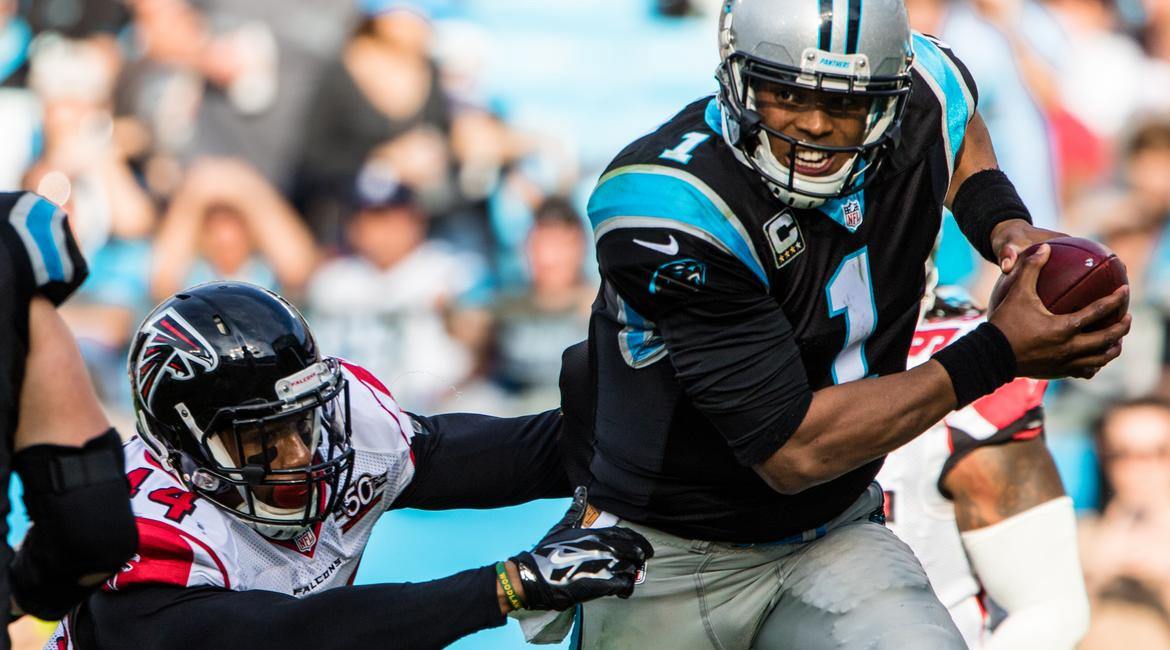 Charlotte, NC – It what was supposed to be a statement game for the Carolina Panthers who were trying to claw their way back into contention, turned out to be a statement game alright…. a statement game for the streaking Atlanta Falcons who improved their record to a dominating 7-1. In what was a very important game we saw Cam Newton struggle all day to complete passes and figure out the defense, “The rain played a factor no doubt in my accuracy, but it shouldn’t have affected the play calls, that’s on me. They played a tough defense, and that’s all I gotta say about that”.

Cam struggled to move the ball consistently throwing for a dreadful 20.2 QBR (9/21 111 yards 3 interceptions). It’s tough to tell what happened, but it seemed like they got away from the run game and tried to win through the air which caused forced passes all game. Panthers HB Christian McCaffrey had his best game on the ground turning 11 carries into 80 yards one has to wonder why they didn’t start off with the run?

While the offense struggled to move the ball, the defense failed to control the Falcons all-pro receiver Julio Jones for an astonishing 192 yards on 4 receptions while hauling in 3 touchdowns. They just had no answer for Matt Ryan and that offense all game.

The Panthers now rank in the bottom half in all offensive categories in the league, including an abysmal 25th in PPG (19.6). We heard rumblings of the coaching staff about a possible overhaul on the offensive side of the ball, whatever it is that they decide to do, they better fix this offense before it’s too late. After this loss, they are on the outside looking in with the current playoff race, and they can’t afford to take too many more losses. They’ll have to shake off this loss and get ready for a Monday Night showdown vs the Miami Dolphins.