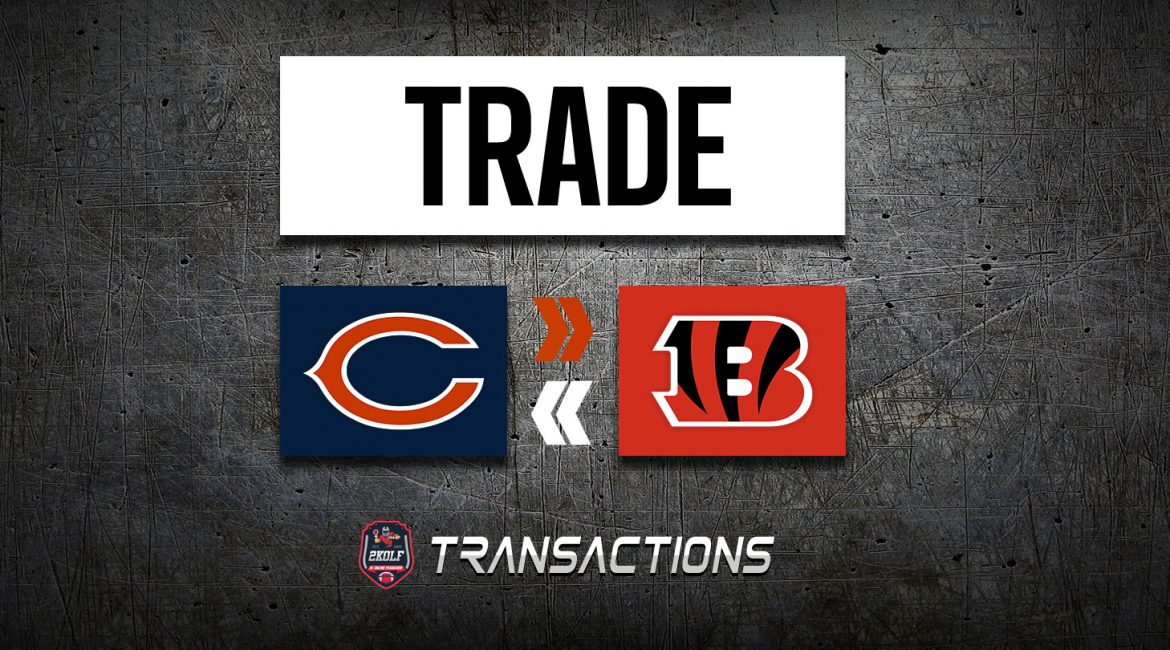 Chicago, IL — The Chicago Bears have finalized a deal, before the trade deadline, with the Cincinnati Bengals. The Bears will send second-year defensive tackle,  Courtland Whitfield, and rookie defensive tackle Maurice Harris, in exchange for the Bengals 2024 second-round pick (56 overall) and 2025 fourth-round pick (111). This is the third trade conducted by the Bears this season.

This trade doesn’t come as a surprise since the Bears had a lot of depth at defensive tackle with six players. Adding the four defensive ends gave them a total of ten defensive linemen. Whitfield and Harris were buried deep in the depth chart and have not seen much action this season. On a professional level, the Bears could not add them into the rotation and so they were moved so they could get a shot at starting and develop as players in a system that would use them properly.

The Bears were also lacking a second-round pick since they traded theirs in the Hayden Hastings trade at the start of the season. It will be interesting to see which team will become the winner of this trade.

In other Bears’ roster moves, they have released offensive lineman, Grant Glass.