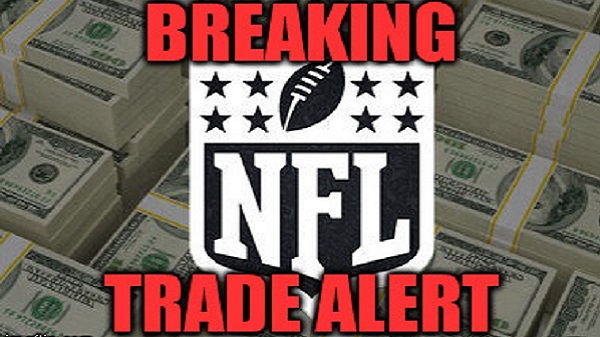 CLEVELAND, OH – Rumors surrounding the Browns are starting to smoke a lot more,

Surely there must be fire…

Rumors have the Browns trading three key players of their team to teams hoping to make a playoff push.

Joe Haden going to the chiefs to partner up with a defensive backfield that is solid-looking to be elite.

The Chiefs will receive Joe Haden while The Browns would acquire their 1st round pick, their third CB on the depth chart Phillip Gaines, and a developmental project in WR Chris Conley who is currently their 6th best receiver.

The Browns lose a superstar corner with hopes to build through the draft and supplement the team with younger talent that can be groomed to win. The Browns desperately need more size and quickness at the receiver position and will gain that by acquiring Chris Conley.

The Chiefs gain a perennial pro bowler in Joe Haden in the prime of his career to bolster a secondary that already features studs like Eric Berry, Sean Smith, and nickel back Marcus Peters. In a pass happy league this move will solidify the secondary of the chiefs for years to come.

“Ever since I was drafted seventh overall I dreamt of retiring a Cleveland Brown. I love the city, the fans, and this organization. My family has created roots here and it would be hard to leave, but in the same breath it would be nice to go to a winning organization. I would welcome the thought of playing with other elite players in a defensive backfield such as the Chiefs. I don’t really have a say in the matter, but I understand what the BROWNS are trying to do in building their future. I guess we will see what happens.”

The Redskins came to the Browns interested in perennial pro bowler Alex Mack.

Terms aren’t finalized yet, but it looks as if the Redskins are willing to part with their first round pick in the draft and a rookie MLB who is listed 4th on the depth chart and is last overall.

The Redskins will acquire in addition Karlos Dansby who is a solid veteran presence and is great in coverage and stopping the run. In fact Karlos Dansby is only one of 4 linebackers in the history of the NFL to achieve the honor of being in the 20 – 40 club.

“Ever since the Browns traded down multiple times and eventually drafted me in the first round I’ve loved Cleveland, but this is my fifth head coach in ten years; an average of 1 coach per two years. I would love to be on a team that has consistency and a winning culture. The fans have been great to me and I’ve built friendships with Joe and Joel, but last year the Browns failed to bring back Mitch and that was a bummer. I understand it’s a business and I’m prepared for what the Browns are going to do moving forward.”

We caught up with Karlos Dansby as well…

“Man, Straight up, I was drafted by the Cardinals in the second round. I played for them forever and we had a taste of the super bowl with Kurt as the Quarterback. I’ve given two-years of my life to this organization and it’s probably been the hardest two years of my career. I love this city and these fans that have made Cleveland seem like my college years at Auburn, but at this venture in my career I’m ready to get a ring.”

The Redskins will acquire –

The Browns will acquire –