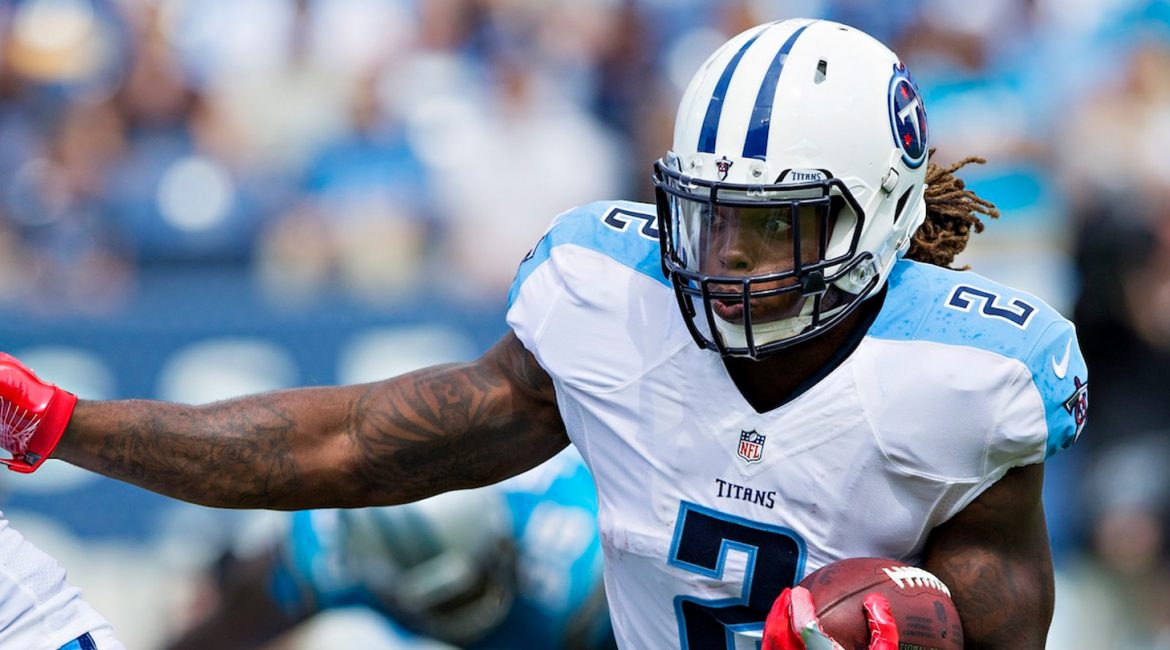 Nashville, TN – During the off-season the Tennessee Titans made numerous moves to bolster there offense with new stars. One formula they adopted, was bringing in former Patriots to form there own “New England South”. One of those stars, was running back Dion Lewis.

In their opener against the Miami Dolphins, Lewis recorded 16 carries for 37 yards along with 4 receptions for 23 yards. Not eye-popping stats, but in a game where Marcus Mariota threw for over 400 yards it’s to expected the run game was not the priority. Sadly, Lewis finished the game with a nagging injury that has sidelined him since. His replacement? Former Heisman winner Derrick Henry. And since then, Henry has presented a bit of a problem for the Titans staff as they decide when to bring Lewis back into the fold.

Since Lewis left injured, Henry has recorded 5 games in row of over 90 yards while racking up 5 touchdowns. To add to that, the former Alabama star has improved his passing game adding 2 touchdowns in the air and another 244 yards receiving. It’s been “King Henry” for these 5 weeks and the Titans would be wise to keep him on the throne.

That leaves the question? What to do with the shifty Dion Lewis going forward? Trade rumors started this week in Nashville as word was Lewis was on the block…. for the right price. With that said, Nashville is thinking long term as well…. as Henry will be a free agent soon and may demand a stars salary.

All eyes on who will take the backfield in Nashville as they continue down the stretch….