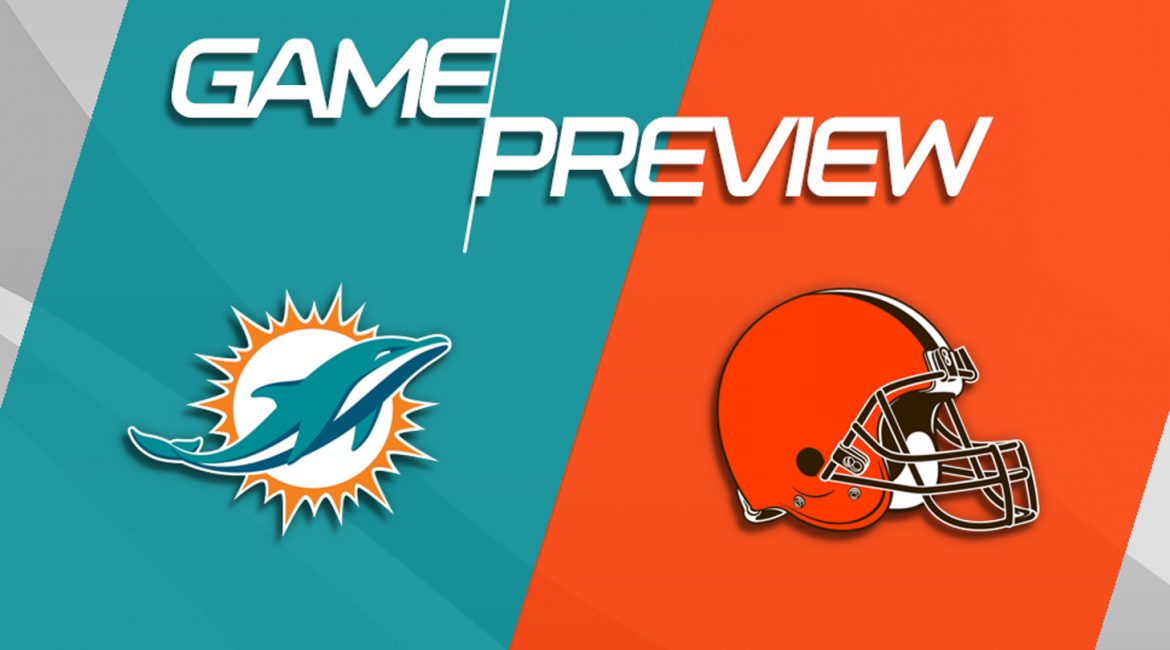 Cleveland, OH — In our week three match up, our Cleveland Browns will face the Miami Dolphins. The Browns will try to make three wins in a row as they host their third straight home game.

The Dolphins are coming into Cleveland on a two game losing streak with their last loss coming against the defending 2K Super Bowl Champions the New England Patriots 28-38. That is a game that Dolphins quarterback Ryan Tannehill would want to forget since he threw five interceptions, four at the hands of middle linebacker, Mychal Kendricks. The Browns’ secondary will be licking their chops as they will try to match that interception total during this week’s match up. The Brown’s defense will have to focus on Dolphins running back Kenyan Drake as he is coming off a 120 rushing yard performance against New England.

The Browns are coming off a 35-21 victory over the Arizona Cardinals where Baker Mayfield threw for 217 yards with two touchdowns and two interceptions. Their running game is coming off another plus 100 yard performance as the backs rushed for a combined total of 187 yards. The Browns defense look to improve on their flat performance as they allowed Sam Bradford to throw for over 300 yards and allowed David Johnson to run for 108 yards, including a 52 yard rushing touchdown. The Browns have already given up over 100 rushing yards in each of their last two games but expect to make a statement against the Dolphins.

Baker Mayfield and the Browns’ offense expect to have their hands full as the Dolphins will seek their first win of the season. The Dolphins’ defense is hot at the moment as they recorded five sacks and three interceptions in week two.

Coach Farias talks to reporters after practice, “Don’t underestimate them. They may be 0-2 but they are a professional team that wants to win. We have to look at it that way or else we would not call ourselves professionals. We will look at film and run our drills. Their defense played tough last week and we expect them to challenge us. We will do our part and be ready come Sunday.”