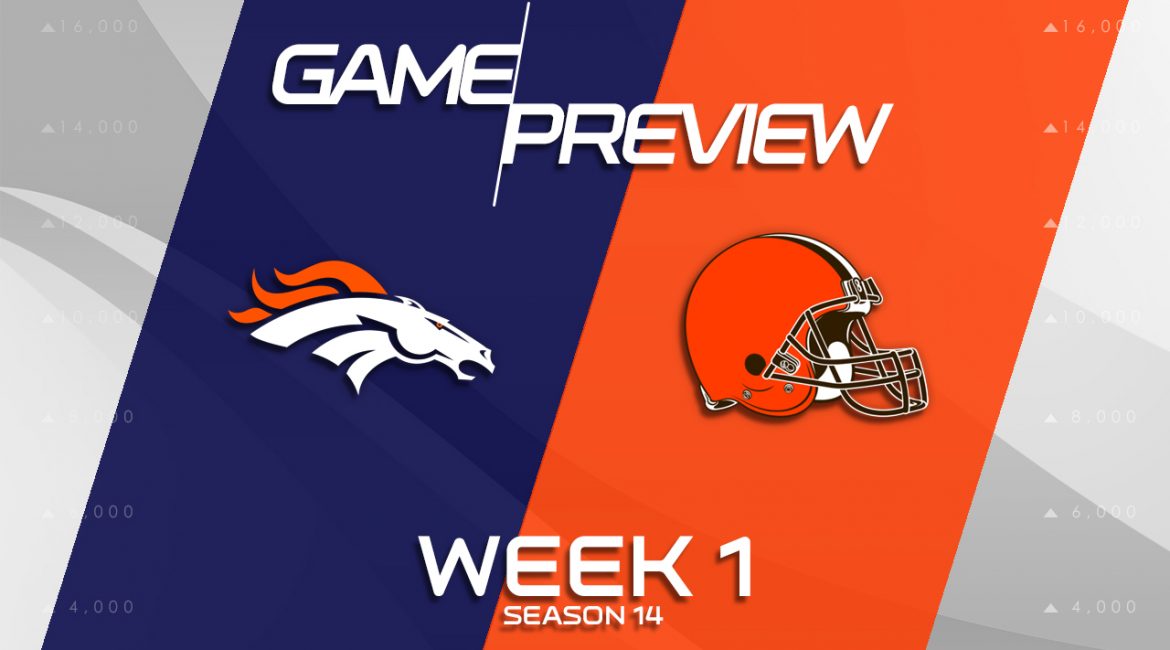 Cleveland, OH — It is that time again Browns fans! Your defending AFC North Division Champs, the Cleveland Browns will kick off week one of Season 14 against the Denver Broncos.

There is a lot to be excited about due to what occurred last season. Lets face it, we all have high expectations for our beloved Browns. The Browns ended last season with an 11-5 record, a surprising win over the Indianapolis Colts and a heartbreaking loss against the New England Patriots in the AFC Championship game. With a year under his belt, Baker Mayfield plans to lead what is expected to be a high powered passing offense. The Browns have a young receiving group led by veterans Jarvis Landry and the newly acquired tight end Greg Olson. The Browns plan to strengthen their running game as well with the addition of power running back LeGarrette Blount. While heavy in the running back department, Duke Johnson Jr. appears to have won the starting job at running back for week one with Carlos Hyde as his backup.

On defense we can expect more of what we saw last season, a top 5 defense led by defensive lineman Myles Garrett with the swarming “Dawg Pound” secondary. Jabril Peppers has earned his spot on the field and Coach Farias plans to use him in the same role as Derrick Kindred was used last season which was in the SubLb spot on passing downs. Kindred will go back to strong safety as he will command the secondary.

The Broncos, who ended 12-4 last season, look to improve upon their record with returning superstars Von Miller, Emmanuel Sanders and quarterback Case Keenum. These two teams met last season in week 15 with the Broncos edging the Browns 24-13. The Browns were down very early in that game and were unable to catch up. They faced a tough Broncos defense and will be seeking revenge in their season opener.

It will be great to see how this season will turn out for the Browns. Football in Cleveland is great once more! Rejoice Browns fans it is time to support our team this Sunday!