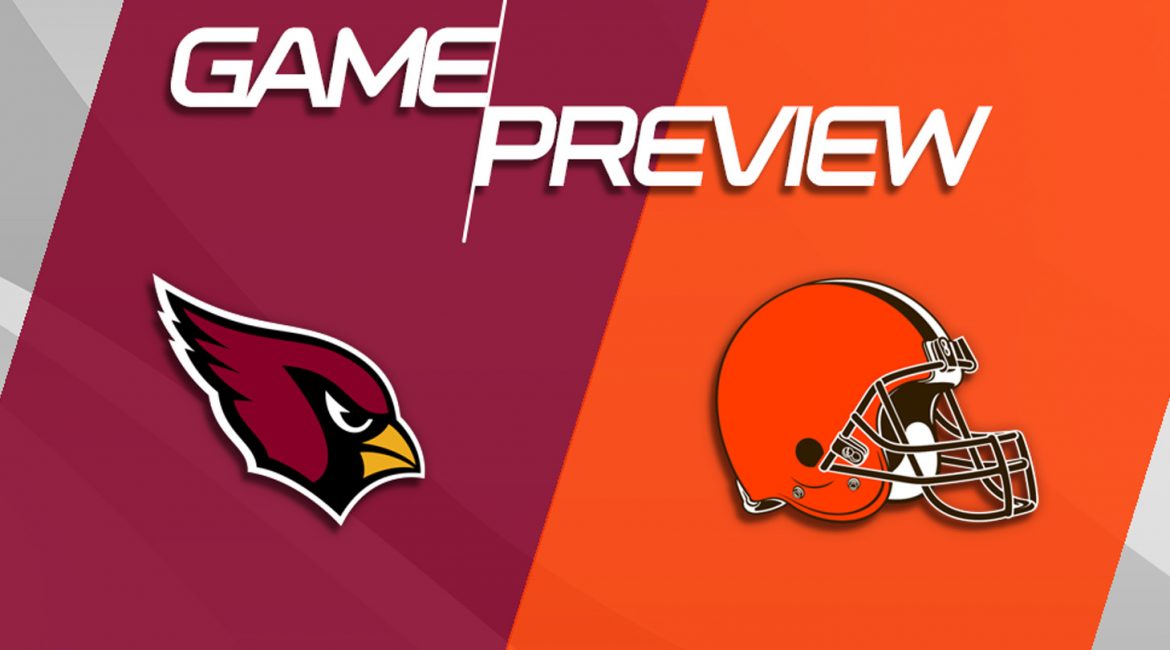 Cleveland, OH — The Cleveland Browns will face the Arizona Cardinals in their week two match-up at home. The Browns are coming off an impressive offensive performance as they defeated the Denver Broncos 28-13. Baker Mayfield passed for 264 yards with two touchdowns. The Browns running game managed to rush for a total of 123 yards led by LeGarrette Blount’s 61 yards on six attempts. In the receiving game, rookie receiver Sherman Betts clocked his first 100 yard game as a professional with 120 yards on four receptions. The Browns defense, while preventing the Broncos from outscoring them, allowed running back Samaje Perine to rush for 120 yards on 25 attempts. The Browns defense will look to correct that versus Arizona.

The Cardinals are coming off a 17-10 victory at home against the Carolina Panthers where David Johnson ran for 117 yards on 24 attempts and a touchdown. Quarterback Sam Bradford was efficient as he had an 80% completion rating and an overall quarterback rating of 120.2 with one touchdown pass.

The in game match-ups to see in this game will be Browns receiver Jarvis Landry against Cardinals veteran cornerback Patrick Peterson. We also have Cardinal star defensive end Chandler Jones going up against our very own star Browns left tackle Joel Bitonio. On the Browns’ defensive side, the match-up to see will be the Browns front seven against the Cardinals’ offensive line and running back David Johnson. Lets see if the Browns’ offense is consistent with their impressive week one performance and will the defense be able to contain Cardinals star running back, David Johnson. The defense will try to keep Johnson and the Cardinal running game under 100 yards. Coach Farias is said to have challenged his defensive front line to contain Johnson, “We as a team were not pleased with how we performed last week and allowing over a 100 yards rushing. While we gladly take the victory, we want to establish ourselves as a dominant team that takes pride on both sides of the ball. Our defense was dominant last season and we seek to do so this season. We must contain the run in order to make our opponents one dimensional. If we do that, we’ll be on our to another win.”

Be sure to set your reminders for the week two match-up as the Browns will sport their retro home uniforms which consist of the dark brown jersey with the orange pants.