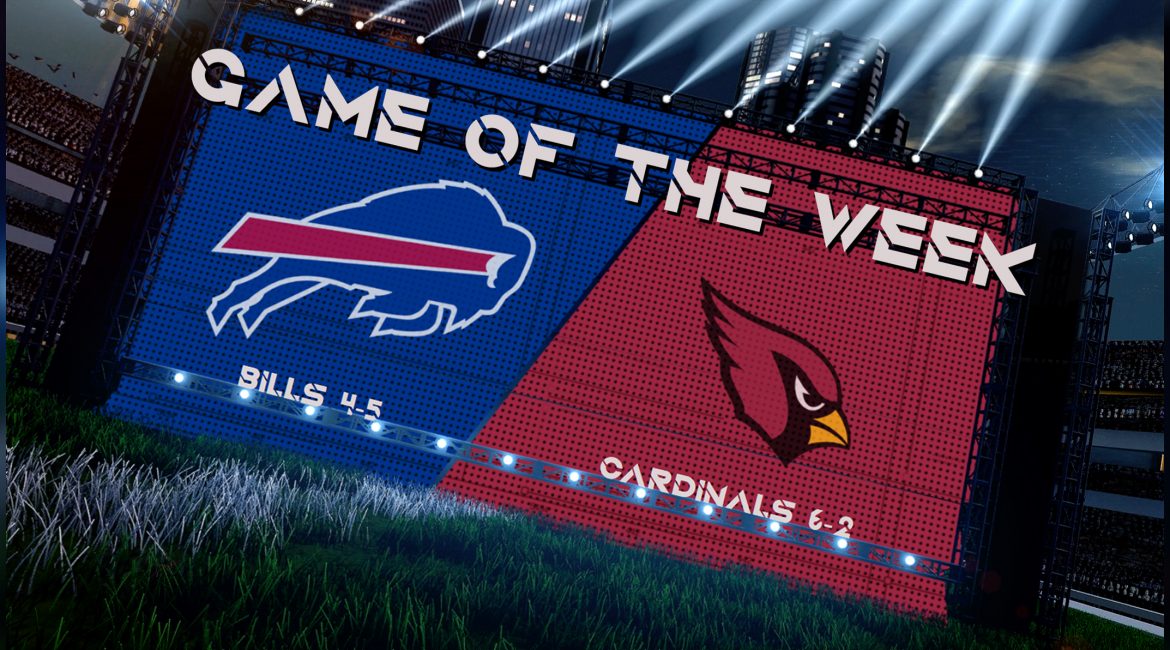 Salem, OR — This week’s Game Of The Week features a rare AFC vs NFC match-up as the Buffalo Bills take on the Arizona Cardinals.

There’s a lot riding on this game for both teams as the playoff races heat up.

Let’s take a look at the visiting team first where, thanks to the new playoff format, the Bills currently sit in a playoff spot as the seventh seed with a record of 4-5. The Bills are coming off a disappointing loss last week to another NFC West team, the Seattle Seahawks. “It was a frustrating game for sure,” said Bills quarterback Josh Allen “After the game, I looked at the tape and realized I just got away from the gameplan, I tried to do too much instead of leading us as a team, and whenever you do that it’s not going to lead anyone in the right direction.”

Allen is right that he tried to do too much, in last week’s game he was intercepted five times in the game, for the second time this season, his completion percentage was the second-lowest he has had this season with 44.4% and for the sixth consecutive game, Allen has thrown for just one touchdown in the game. Halfway throw the season Allen already has more interceptions than he did all of last season.

Now over to the home town favorites. The Cardinals have had a good season so far as they sit on top of the NFC West with a record of 6-2, and before their loss last week to the Miami Dolphins, the Cardinals were on a three-game win streak. While they might not have players that rank high in any particular their success has come from balanced offense and defense. The last two weeks for the Cardinals, however, have been the opposite of what they’ve done the previous 6 weeks. From week 1 to week 6 their quarterback Kyler Murray had thrown 6 touchdowns and just two interceptions, a stark contrast to the eight interceptions he has thrown in the past two weeks. Cardinals head coach Kliff Kingsbury was asked in his post-game interview if Murray might be hurt he said “No, there’s nothing physically wrong with Murray. I think we have to work with him to get back to basics. Right now it just seems like he’s trying to force the ball into areas that aren’t open, he needs to realize he doesn’t have to do it all on his own. We’ll work with him all week as we prepare for our game against the Bills.”