Washington outlasts Tampa and moves to 3-0 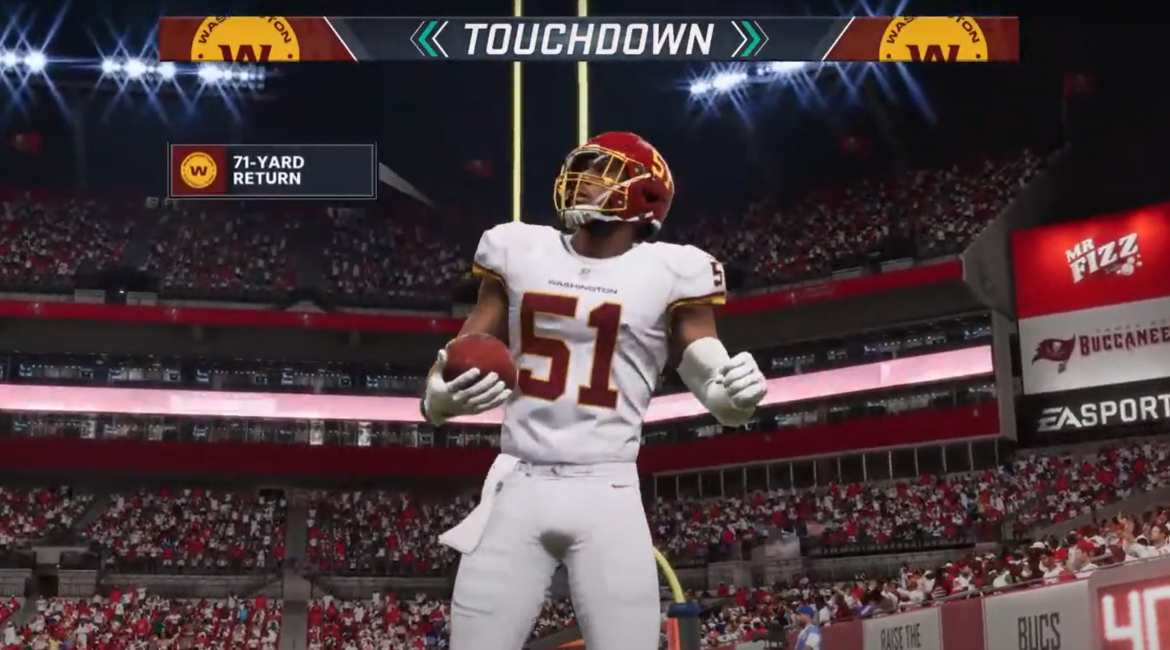 Tampa Bay, Fla. – Tom Brady is the G.O.A.T. We all know that. However, on any given Sunday even Titans can fall.  Week 3 was that day for the Tampa Bay Buccaneers. The undefeated Washington Football Team rolled into town and defeated the panhandle pirates 27-23 staving off 2 classic 4th qtr drives from the 1st ballot Hall of Famer.

The defense was ignited by the Pick 6 for LB Sean Dion Hamilton. The 6th rounder out of the University of Alabama took a slant from the Grasp of Tampa Bay Buccaneer Reciever Chris Godwin and shot out of a cannon to score for the Washington Football team. The defense never looked back and held on to match the entire win total from last season.

Washington will have a week to celebrate, as the league has deemed week 4 to be their bye week, a curious decision to say the least. Can the team keep the momentum going after such a great start? Will the early bye week put out the fire lit under this team? All I can say is stay tuned 2K OLF fans! This is setting up to be a fun ride!