Tough loss for Presscott and Cowboys 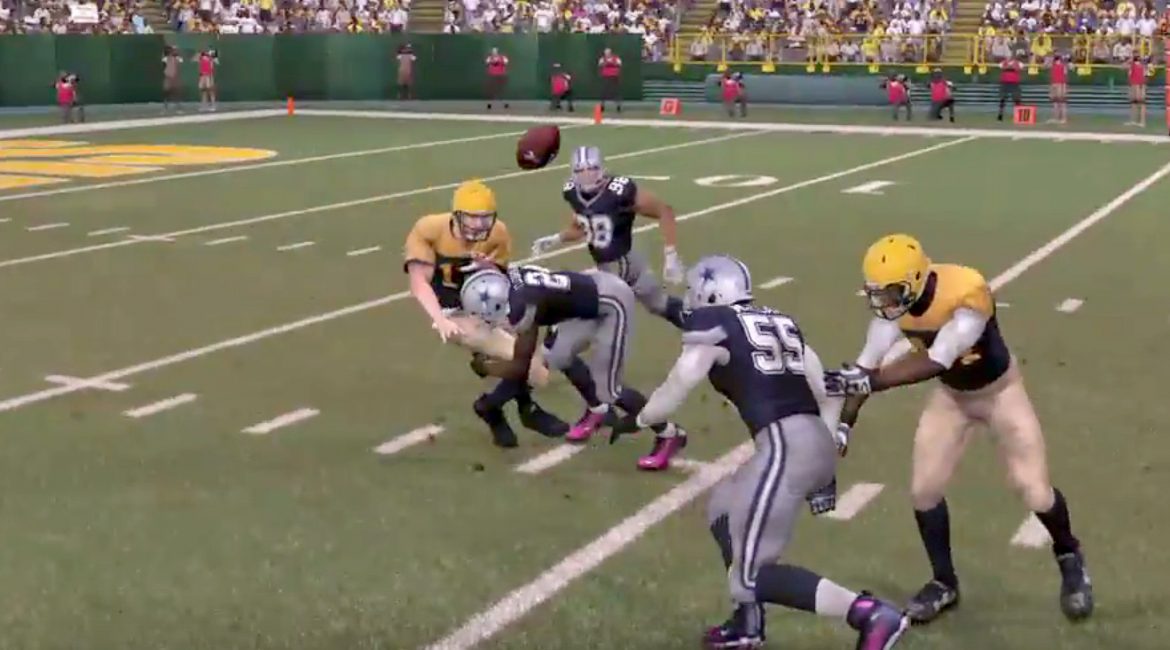 Green Bay, WI. — The Dallas Cowboys took on the Green Bay Packers in what turned out to be a great game and gave the winner sole possession  of first place in the NFC.

It was over when
Down 12-19 with 2:05 left in the game, Dak Prescott was intercepted for a third time and the Packers looked like they were on their way to their fifth straight win. The Packers ran two running plays to force the Cowboys to use two of their three timeouts. On 3rd down however, the Packers elected to try and throw for a first down. Aaron Rodgers was hit as he threw the ball and was intercepted by Cowboys LB Rolando McClain who ran it in for a touchdown. Following the extra kick by Dan Bailey, the game was all tied up 19-19. Unfortunately for the Cowboys, their defense let them down in the end. The Packers were able to move the ball up the field and kick a last second field goal to come away with the win.

Key stat
The Packers made Dak Prescott look like the rookie quarterback that he is, as he was intercepted three times in the game. “It was just a rough game for me today I made some terrible decisions, could have played better in certain situations, it’s just one of those games where you try to do too much for your team instead of doing what’s right.” Said Prescott following the 19-22 loss. Prescott  finish the night with 96 yards, one touchdown, completed 9 of 18 passes, giving him a  47.3% completion percentage and threw 2 interceptions.

Despite throwing two interceptions Aaron Rodgers had a great game. Rodgers finished the game with 281 yards, completed 21 out of 35 passes and threw one touchdown.

Up Next
The Cowboys will have a bye week next week, while the Packers get ready to host their division rival the Chicago Bears.