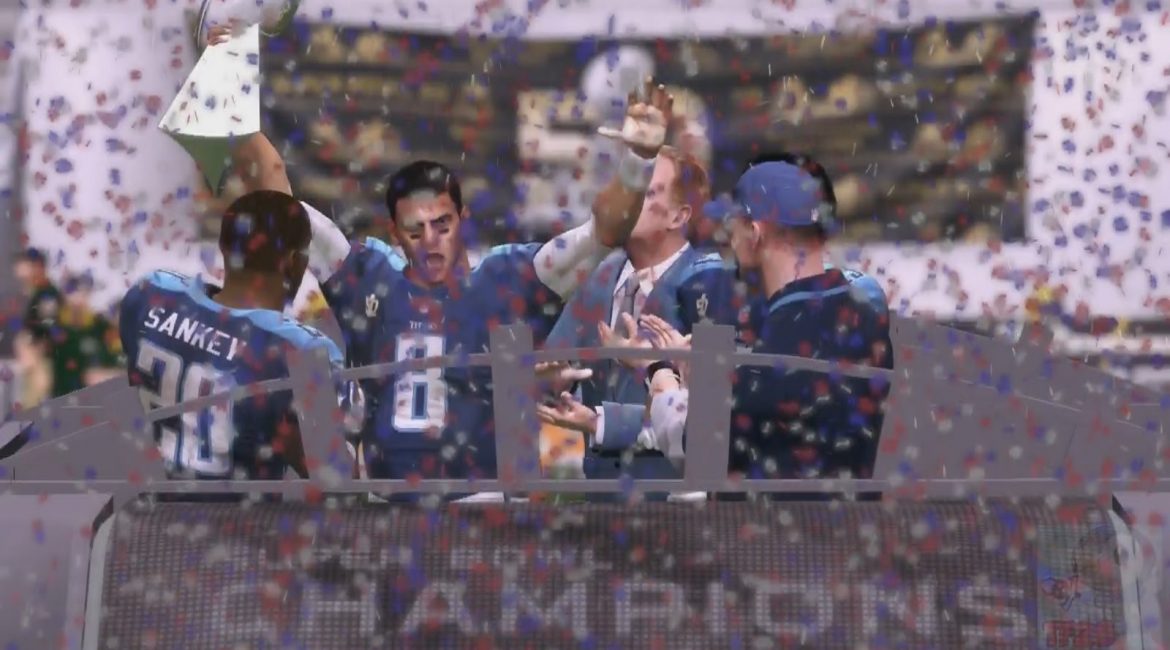 Nashville, TN — Coach Noley has been pleased with his team’s offseason so far.  Usually when a team reaches their goal of winning the super bowl they tend to become complacent, but the Titans appear to be as hungry as ever with no signs of slowing down.  ” Nobody gave us a chance last year, but this team is special.  We have a lot of fire in our hearts and we set out to prove everyone wrong.  This season will be no different”, said coach Noley.

Coach was asked what he thought about Mariota’s performance last season and what he expects out of him this year.  Marcus is the heart and sole of this team, said coach.  I took this job because of Marcus.  I saw a lot of talent and leadership in him and I was excited for the opportunity to coach him.  Marcus can do it all and each week we add a new wrinkle in the offense for him.  He is an outstanding leader on and off the field and all of the guys in the locker room love him.

We are going to have a target on our backs each and every week and we welcome the challenge.  When asked about Bowl and the Pat’s smack talk so far, coach responded with ” we’re not worried about them.  We beat them every time we play them.”  Coach seemed more concerned about the Colts and their unlimited supply of money trees.  They are absolutely loaded this season, said coach.  We will certainly have our hands full with them.

With a strong free agency and draft, and with the core key components of the team returning the Titans look primed and ready for another run at the title.  They fear no one but respect everyone.  They are the true definition of a team and a brotherhood, and are soon about to be added to the “dynasty” conversation.  Coach Noley took a quote from the popular movie Remember the Titans by saying ” Beware 2K OLF. We plan on making sure that you remember forever the night you played the Titans.”