The Trubisky era in Chicago is over 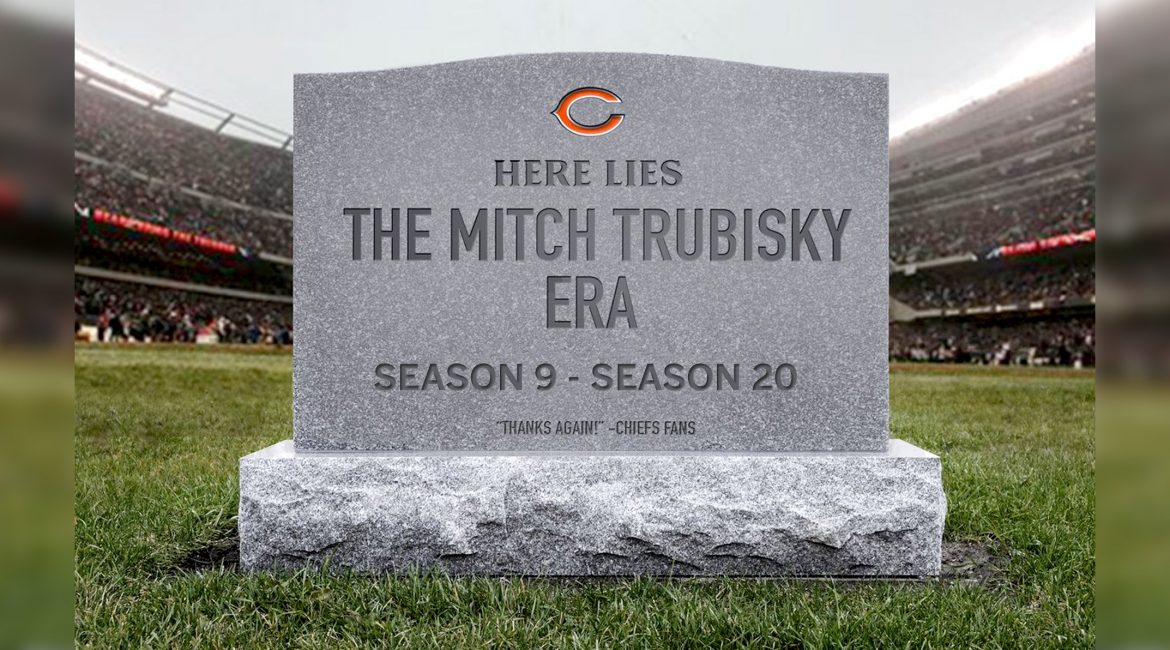 Chicago, IL– That is correct, Mitch Trubisky’s run as a quarterback for the Chicago Bears has come to an end.

He has not played since his last game in week ten against the Minnesota Vikings where the Bears lost 13-16. In his last three games, he has produced two-touchdowns and seven interceptions. He has been placed on scouting duty and appears to not be involved in the team’s plans for the end of the season. He has been moved to second on the depth chart but could possibly be moved to third. This was Trubisky’s season to earn a big contract by showcasing his talent but he has not come through at all. The Bears are rumored to let him walk and find a job with another team.

All along we knew the plan for the Bears was to do a salary purge and a youth movement. With the mid-third quarter benching of Nick Foles in their 21-35 week fourteen loss against the Houston Texans, the Bears put rookie Tyree Jackson to finish the game. Jackson, in his short performance, outplayed Foles as he went 13 of 15 with 172 passing yards, two touchdowns, and a passer rating of 154.0. With that being said, it is unlikely that the Bears will use Foles as a starter from here on out. He will most likely play the backup role while Jackson finishes the season.

Despite being 2-1 in his last three games, he’s only had two touchdowns to seven interceptions. Foles is due $9 million next season to play the backup role. With Foles getting a year older next season, it is possible that he will be joining Trubisky in the off-season as free-agents.