The Sheriff Arrives at 49ers Headquarters 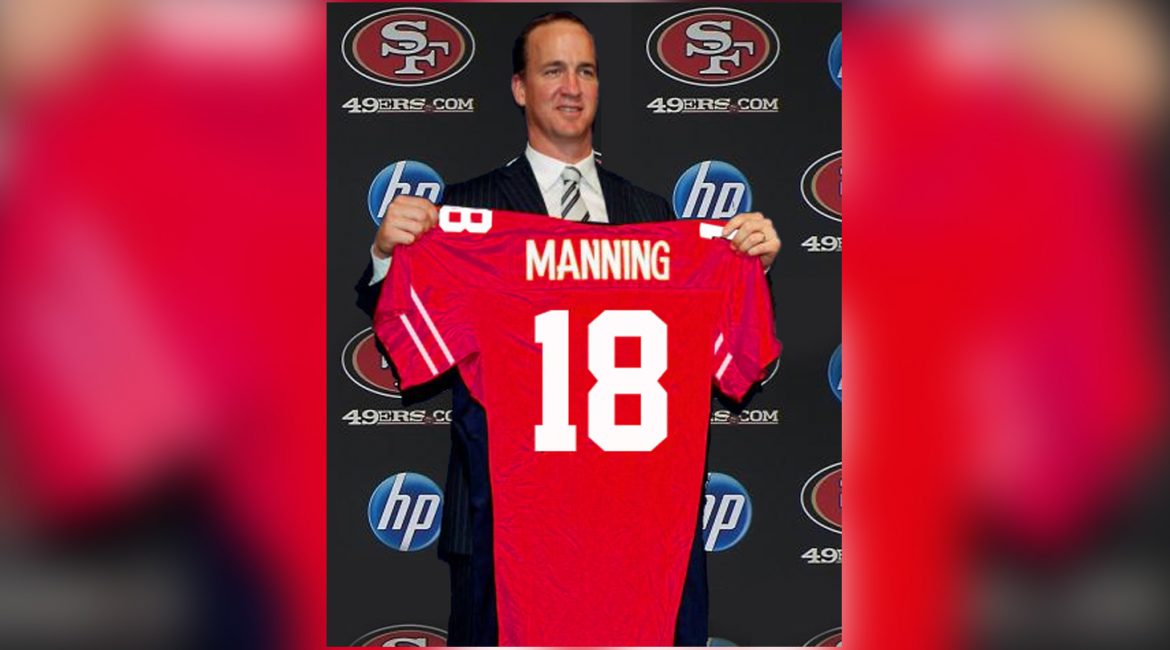 SANTA CLARA, CA — Peyton Manning “The Sheriff” has officially arrived at the 49ers headquarter in Santa Clara, CA. Coach Mike Nguyen could not stop smiling at the news conference. ” I already felt like we had a team that could win it all this year, but when you have a chance to add a player of Peyton’s caliber it just makes this team a force to be reckoned with.” Peyton also looked very happy and is very excited about all the weapons on this offense. ” I feel great, its good to be in California. We have tons of weapons on this offense and I can’t wait for my first game in front of the 49ers faithful this sunday. We have a red hot New York Giants team coming in and it will be a good one with my little brother leading that offense that has been steam rolling teams.”

Both Peyton and Coach Mike Nguyen confirmed that they are on the same page and its Super Bowl or bust for them.

Peyton manning has struggled so far this season throwing 16 tds and 17 ints, the grass looks a lot greener in San Francisco for Peyton to turn his TD-INT ratio around. The 49ers also received Rb Willis Mcgahee in the blockbuster trade. He will be jumping into the #2 rb spot behind Frank Gore. Alex smith who has been on fire as of late will backup Peyton. “What can you do? Im about this team and about winning. I trust coach Nguyen’s decision to put the best players on the field. I’ll just have to sit back and learn and be ready when my number is called.”

This trade could not have come in a better time for the 49ers. They face off with the undefeated Giants next week and their first divisional game against a cocky Seattle Seahawks team a week after. This is the first blockbuster trade in the 2k league and it  has put fear in some of the 2k coaches.