The Raiders Improve Their O-Line With Lewan Trade 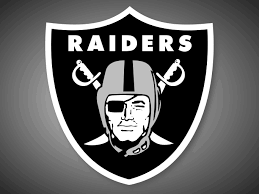 The Oakland Raiders have shook up their roster by making several moves. They have traded their 2015 2nd round pick along with defensive back Chimdi Chekwa to the Tennessee Titans for the rights to rookie left tackle Taylor Lewan.

The Raiders needed to improve their offensive line with younger and stronger players that they can use to build a stronger offensive front for the future. With this trade, the Raiders plan to use Lewan as a left tackle and downgrade or possibly release either Bryant McKinne, Menelik Watson, or Matthew McCants. With the addition of Lewan, the Raiders have a very young and strong offensive line. As of now, the starting offensive line against the San Diego Chargers will be:

Lewan, the 11th overall pick in the 2014 draft and Michigan Wolverine product, boasts a 6’7” 309 lb. frame with solid ratings for a rookie offensive lineman: PBK (86), RBK (85), IBK (83), STR (90) and AWR (65). He will instantly improve the left side of the line since he quickly went from a 79 overall with the Titans to an 81 overall with the Raiders. That is practically 10 more overall points than the previous left tackles on the team (McKinnie 72 OVR and Watson 71 OVR).

Chimid Chekwa was buried in the defensive back depth chart and was the piece that was need in order to make the Lewan trade possible. 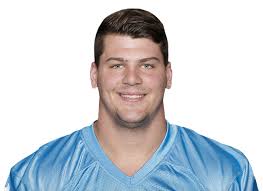 With the 11th overall selection in the 2014  Draft, the Titans selected former Michigan left tackle Taylor Lewan (pronounced leh-WAHN).  The 6-foot-7-inch, 309-pound lineman possesses the measurables, athleticism and commitment to be a mainstay in the lineup for years to come.  An outgoing personality off the field, he is tenacious and aggressive on it.  At Michigan, he was a four-year starter, anchoring the line at left tackle for 48 career starts.  At the 2014 Scouting Combine, he ran the 40-yard dash in 4.87 seconds, beating all other offensive linemen in his class and clocking the fourth-fastest time among offensive linemen in the last five years (2010-14).  He also ranked among the top offensive linemen at the 2014 combine in the broad jump (first at nine feet, nine inches), vertical jump (tied for third at 30.5 inches) and three-cone drill (fourth at 7.39 seconds).  Lewan became the first offensive tackle selected by the Titans/Oilers in the first round since tackle Brad Hopkins (13th overall) in 1993.  Paired with right guard Chance Warmack, who was the 10th overall pick in 2013, the duo became the first offensive linemen to be selected by the franchise in back-to-back first rounds since Mike Munchak (1982) and Bruce Matthews (1983).1

CAREER HIGHLIGHTS:
•    Lewan was named the Big Ten Conference Offensive Lineman of the Year in 2012 and 2013.
•    Against Massachusetts on Sept. 15, 2012, he recovered a fumble in the end zone to become the first Michigan offensive lineman to score a touchdown since 1948 (Bob Erben).
•    At the conclusion of the 2011 season, during which Lewan helped pave the way for a pair of 1,000-yard rushers (Denard Robinson and Fitzgerald Toussaint), the Wolverines scored an overtime victory over Virginia Tech in the Sugar Bowl.1

COLLEGE:
•    In four seasons at Michigan, Lewan appeared in 50 games with 48 starts at left tackle.  He started the final 41 games of his career.

AS A SOPHOMORE (2011), started all 13 games at left tackle and helped the Wolverines to a Sugar Bowl title.
•    Named second-team All-Big Ten by the league’s coaches and honorable mention from the media.

AS A REDSHIRT FRESHMAN (2010), appeared in 11 games and started nine contests at left tackle.  Named second-team Freshman All-American by CollegeFootballNews.com.
•    At Notre Dame (9/11), made collegiate debut as a reserve left tackle in the goal line package.
•    Against Bowling Green (Sept. 25), made his first career start at left tackle.
•    Redshirted in 2009.
•    Graduated in December 2013 with a degree in general studies.1