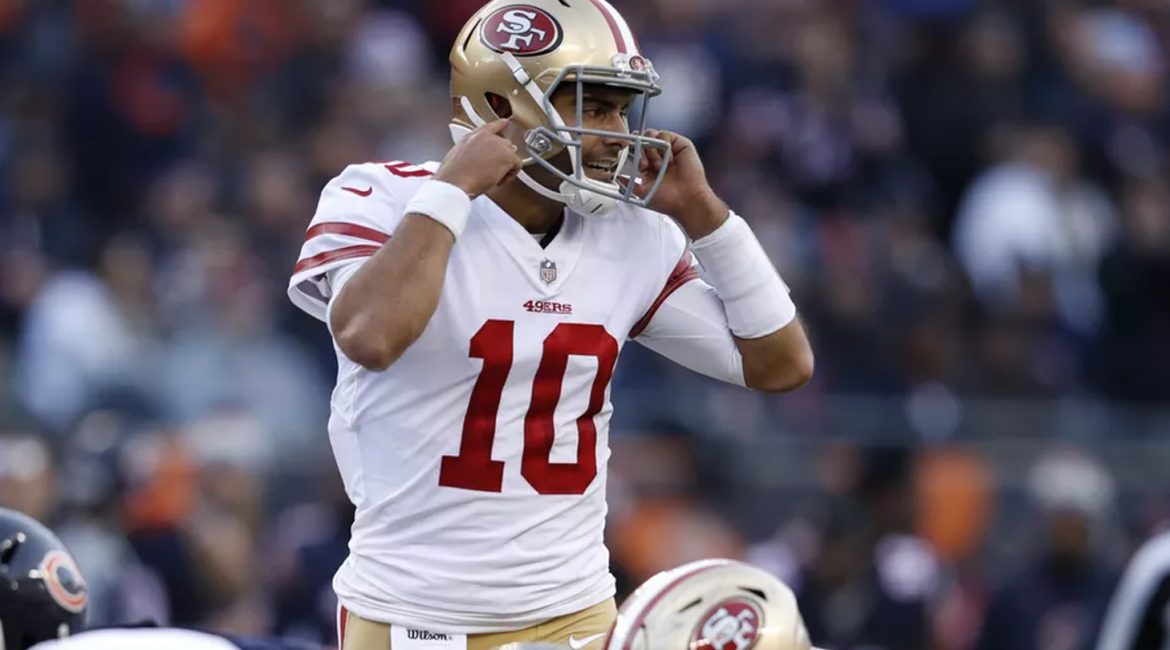 Chicago, IL — During the offseason, the Chicago Bears pulled the trigger on a trade that acquired Jimmy Garoppolo from the San Francisco 49ers. In order to acquire Garoppolo, the Bears had to send stud defensive tackle Akiem Hicks. The Bears parted ways with Mitch Trubisky in the off-season and expect Nick Foles to serve in a backup role. The Bears would have liked to have drafted one of the two top quarterbacks in the draft, however, there was greater talent available as the Bears held the 14th pick in the first round.

Jimmy returns to his home state to hopefully provide one of the lowest-ranked offenses of last season with a spark. Jimmy hopes to overcome his woes from last season as he threw for 2,703 yards with 18 touchdowns and 38 interceptions. The Bears have young talent with solid leadership on offense. The only worry is the offensive line. With Jimmy coming on board, the Bears had to cut ties with offensive tackle, Charles Leno, Jr., in order to be under the salary cap.

The Bears are excited to see what Jimmy will bring to the team. He has a strong arm with solid accuracy. The Bears plan to have him sling the ball at will. This is what Jimmy had to say, “I’m pumped about being here. I’m excited to start a new chapter in my career. Coach Farias is giving me the green light. It’s going to be a great season!” When asked about the “green light,” Coach Farias stated, “Yeah, we plan to give Jimmy full control of the offense. We plan to have a set of plays for every down. He’ll read the defense, pick what he wants to run, and adjust if needed. We are riding with Jimmy. We want him to have a monster year offensively. If that happens, that means our offense will have a monster season as well. We’re psyched!”